Dmitry Stashenko, the creator of AdaStat Blockchain Explorer and  AdaStat Bot, is looking to upgrade the current platform by implementing support for native tokens, smart contracts, and other new features in the Cardano blockchain. The project owner, who is a stake pool operator with over twelve years of experience in web development, is keen to provide real utility and transparency to the Cardano community. This initiative is coming at a perfect time when Cardano is enjoying massive global adoption.

If you haven’t come across it yet, AdaStat is a Cardano blockchain explorer developed at the beginning of the Incentivized Testnet launch as an independent alternative to the IOHK explorer. Like the IOHK explorer, AdaStat allows users to find blocks, transactions, pools, addresses, accounts, epochs, and slots. In addition to these, the platform also offers a distinctive feature that gives users the ability to follow the full history of pools and accounts: active epochs, created blocks, delegations, awards,  and much more.

By allowing ADA holders to access every bit of on-chain information, AdaStat gives users the opportunity to maximize their profits by choosing the best pool for delegation. For stake pool operators, the platform helps you analyze pool data and build the right pool strategy.

The AdaStat Blockchain explorer also provides a completely free API in addition to the web version. Users can leverage the AdaStat API to power their applications and access a wide range of ADA data on their applications. Besides these, there is the AdaStat telegram bot that notifies subscribers about rewards, created blocks, changes in pool parameters, and other important things for operators and ADA holders.

In the foreseeable future, the developer is planning to add support for native tokens, smart contracts, and other notable features that Cardano will support. For better usability of the explorer, the project owner will update the website’s interface in line with the feedback received from users. This will make the platform more convenient for users on both desktop and mobile devices.

The developer behind this project highlights that convenience and speed will be the priority accents when enhancing the explorer. This will be particularly helpful for ADA holders who browse the site on mobile devices. In addition to these, Dmitry will give a special focus to the quality and quantity of data provided. A key deliverable will be giving users more flexibility over the data by providing fully customizable charts. By doing so, users will be able to customize their output data and generate only the most important and interesting bits of data for their requirements. You can bet that ADA holders and stake pool operators will enjoy the ability to generate some cool graphs containing the data they need most for their decision-making.

As part of the improvements to AdaStat, the developer is on course to build a public rest API. Although a V0 version of the same already exists, it was initially created only for internal use and therefore lacks supportive documentation. Additionally, the format of the output data is not very clear. For these reasons, the V0 version is not very convenient for users who are not familiar with it. The project owner will redesign this API, make it more user-friendly, and back it up with sufficient documentation for public use.

The proposed enhancement to the AdaStat Blockchain explorer has been submitted to Project Catalyst as one of the Fund 4 Developer ecosystem projects. Dmitry is seeking a total of $20,000 to continue building on the impressive AdaStat blockchain explorer. The requested funding is designed to cater for three-month developer payments as the project progresses. Here’s a quick breakdown of the project stages as planned.

A Trust Accelerator and Gateway to Increased Transparency

The AdaStat Blockchain explorer is built by a team of Cardano enthusiasts who are truly passionate and excited about the kind of transformation decentralized infrastructure will bring. The explorer will continue bringing more transparency into every blockchain network since users have equitable access to on-chain data.

By enhancing the transparency of transactions and every blockchain activity, AdaStat establishes a traceable audit trail thereby increasing trust across the Cardano community. Plus, you will be able to customize the look and feel of the data in a custom-designed view for your specific use case.

For more information about the AdaStat Blockchain Explorer enhancement project, check out the project proposal as submitted to Project Catalyst using the link below. https://cardano.ideascale.com/a/dtd/AdaStat-net-Platform-Upgrade/340867-48088#idea-tab-attachments 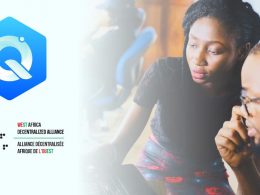 The global lockdown of 2020 gave birth to a digital transformation, of unprecedented speed. The intensity at which…
byAlex Hamilton
19 shares
19
0
0
No comments