The first thing to understand is that generally when we talk about venture capitalists, we are talking about firms. Interested individuals organize a Limited Partnership in order to participate. Most often this means that they are investing in a fund without running the day to day of the operation. This creates a pool of capital which is invested after the managing partners find a suitable (read potentially profitable) opportunity.

This isn’t about changing the world, banking the unbanked or saving endangered animals. They have effectively removed people from the equation, which is why VCs can come off as heartless. It is their job to make profits, nothing else matters. This is about money -a return on investment. This is complicated in times of significant inflation as fiat money in the bank is a losing proposition. If inflation is higher than bank interest it makes sense to take increasingly risky investments to earn rather than slowly lose your balance to inflation.

What VCs are ideally looking for is a company with a strong team that has a solid foundation. Time is money and money is time. Funding true start ups is a bit of a long curve for most of these folks. They want a great idea that is ready to commercialize. Again, they are looking for the maximum profit in the shortest amount of time. After all, the general partners do answer to the limited partners who are there for one reason – to see a return on investment. Success can be massive. This is necessary because there are obviously a fair amount of failures. In an ideal world the successes make the VC firm, and everyone involved, a great deal of money. In the event that doesn’t happen, they take control of failed companies and sell off assets to recover their investments.

Venture Capital firms started just after WWII ended. There was a lot of capital floating around the U.S. at that time. A Frenchman who came to the US for a Harvard education, Georges Doriot, founded the ARDC in 1946. Prior to this time if you wanted money to start a business you had to appeal to a wealthy family. Venture Capitalists have helped the transition into the modern world. Their investment started many of the companies we know today. Companies like Meta, Twitter and PayPal all raised capital through VCs in the early stages of their development.

Venture Capitalist firms are most divided into a three tier structure: Associates, Principles and Partners. The Associates do the leg work. They look at new ideas and screen potential investments. Principles are the next level up. They probably specialize in a specific area. Partners are at the top of the VC food chain. They approve the deals and represent the firm. Most VC firms profit by taking 20% of the profit from their investments while the remainder is returned to investors.

So are they evil? No, they are not. However they are driven by return on investment and length of time invested. Their investors are serious people who want a return and probably some hand holding too. After all, we aren’t talking about dropping $5.00 on a lottery. These people have invested a lot of money which they can easily take elsewhere. So the pressure is always on a venture capital firm. They need results and they need them now. This is the aspect that particularly applies to our discussion of cryptocurrency.

Venture Capitalists are focused on money and time. It’s what they do. When we look at that in regard to cryptocurrency, it isn’t necessarily a deal breaker, but the amount of venture capital involved in a project does offer some insight as to who is in control and what timeframe they are focused on. I’m generalizing, of course, but most often VC firms have their capital deployed in two to five years with an expected exit date of no more than ten years. If you are interested in more detail about their set up you can find a good article here.

We can now see clearly that while venture capitalists don’t have evil intent, they do view projects with two questions in mind. How much can I make? How long will it take? From an investor standpoint these aren’t bad questions at all. The problem comes when these are the only questions that receive priority. VCs are good at generating interest and excitement. Its your job, as a potential investor, to determine if the hype is based on fact or just a desire for quick profits.

Blockchains are still in their infancy and trying to find the magical combination of decentralization, security and scalability that we call solving the blockchain trilemma. This is not an easy thing to accomplish and will take time. Failures are pretty spectacular, as we learned recently from our unfortunate friends who invested in Luna. There are a number of factors behind this rapid implosion. Once we understand the VC perspective, we also understand that they aren’t going to hang around a sinking ship. After all, their job is to protect assets. If things look shaky they have one job – to get out and preserve as much profit as possible for their investors.

Because venture capitalists want a return on their investment, they focus on mechanisms that generate excitement and interest from other investors. This translates to marketing and hype. They want that quick rise in price so they can withdraw their funding, make a tidy profit for their investors, and move on. They are invested for a limited time only and time is money. That’s why many of the VC backed coins are hype machines.

This doesn’t mean that the project isn’t viable. It does mean that the owners have sacrificed a certain amount of control to gain liquidity. It also means that they have investors that are interested in results. Another thing to be aware of is that decentralization means, among other things, that no one party holds the keys to the blockchain. This is why a large involvement from venture capitalists is a turn off to many investors interested in cryptocurrency. Venture capitalists and cryptocurrency really don’t work well together if your focus is on decentralization.

Once you know all of this, it should be perfectly understandable that venture capitalists turn up their noses at Cardano. There are several reasons for this. First of all, Cardano is a long term proposition. This is not what VC firms are into. (Note, however, that some projects built on Cardano will attract their attention. Always do your research into any project before investing).

Second, Cardano is focused on things like banking the unbanked and changing the monetary system. VCs are not looking for the greater good. They need to return profit to their investors.

Charles has built the opposite of a hype machine. This is not a place where a VC will get a quick return on their money. IOHK is focused on security and steady growth. Neither of these appeals to VCs. Lastly, venture capitalists want a certain amount of control in return for their investment. Love or hate Charles Hoskinson, you have to know that he and IOHK aren’t going to hand the keys to anyone. It’s just not going to happen.

Once you understand the mindset of venture capital, it’s actually easy to see why they don’t like Cardano. It doesn’t do what they want and, even more terrible, they can’t bend it to their will. They don’t invest heavily in Bitcoin either. There is a great article on that here. It comes down to the fact that they are looking for investment vehicles that meet specific criteria. Cardano doesn’t meet their needs. Simple as that.

I don’t think that VCs are evil. They have their place and have helped bring many companies that we interact with to their modern form. I do wish they were more up front about what they invest in and their focus. On the other hand that would hurt the hype that causes their profits to shoot up. So they aren’t going to change their ways.

What does all this mean? It means that as an investor you have to be careful. It really is important to research a project before you put down your hard earned money. There are professionals that spend all day researching this stuff. They would like to hype up their product and use your purchase as exit liquidity. It actually helps to take a lesson from the VCs as you research a project. Take the emotion out of the equation when researching a potential investment. Understand that most media is, honestly, paid for by someone. This isn’t about good and evil, but there is a lot of money at stake and people can be heartless. So please, before you invest, ask questions. Look at who is involved, why they are involved and how long they plan to be there. What are your goals as an investor? Do they line up with the goals of the major investors? If you can’t get answers, it may be time to pass on that investment.

There are no sure things in cryptocurrency. The platforms are too new and many people rush into risky investments based on marketing and hype. There are many unexpected events yet to occur. Personally, I will stick with Cardano because it makes sense to me. Its goals align with mine and I feel like it is a platform that may truly make a difference. That said, please do your own research. Invest practically and logically. Leave the emotion out of the equation. Perhaps a little of the VC outlook isn’t a bad thing. 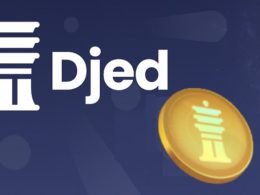 Djed is the stablecoin developed by IOG, the company that created the Cardano blockchain technology. IOG has described…
byLiberLion
One comment Those of us in the crypto community know that the adoption of blockchain technology is growing. In this…
byLiberLion
One comment 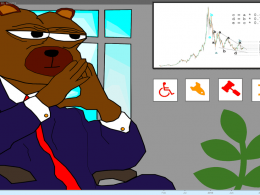 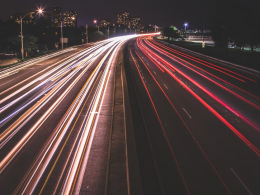