The team behind this project proposes building a Visual Studio Plugin that could simplify how developers create smart contracts on Cardano. By providing a template, projects would use the plugin as a guide on one of the leading cross-platform code editors, boosting the development of smart contracts built on the Cardano across the globe. This will also increase the adoption of Cardano and ensure new developers get more productive with easily spun-up development templates.

The Microsoft Visual Studio Integrated Development Environment (IDE) is used by millions of developers across the globe.  It connects to Microsoft, Facebook, Amazon, Google, IBM, and other major cloud providers offering blockchain solutions. These cloud providers provide project templates that allow developers to create, build, test, and deploy smart contracts. There are many of these code-ready workspaces for Ethereum on Visual Studio, but we have none for Cardano.

Rob, a developer who has been using Visual Studio for over twenty years and has built multiple plugins and extensions for the IDE, is looking to lead his team in the creation of the first-ever Cardano smart contract plugin for VB, C#, and .NET.

The Structure of This IDE-based Mission

The primary goal is to create a project structure for Cardano-based contracts that will accelerate the development cycle. The free open-source plugin will give developers the ability to:

The plugin will also give developers access to an advanced Cardano API service template through which you can create an easy-to-use API. This makes it easier for users to integrate their company data with the Cardano blockchain and perform read/write operations on the data.

The minds behind this project comprise a small number of developers, testers, and analysts who have worked together on several projects in their start-up. These are:

Rob Greig – As the founder and project lead, Rob has over twenty years of experience in software and business development across different industry verticals. He is a serial entrepreneur, business analyst, and skilled developer who excels in software planning and project management. Rob is also a great team leader who excels in building and mentoring development teams.  He will be the lead developer for this project.

Ant – Ant is a co-founder of the startup. He has over 20 years of experience in professional software testing with large high street companies. Ant will double up as a researcher and lead tester for the Visual Studio smart contract plugin project.

Dave – A highly experienced web and API developer with diverse industry experience. He is the startup’s lead developer and loves to explore new technologies. Due to his experience and professional background, Dave will serve as the senior developer for this project.

David – An energetic and experienced web developer who has worked with multiple companies. He has acquired professional training and hands-on experience in Salesforce CRM development. David will help with peer code reviews for the project.

Callum – An experienced social media marketer with a keen eye for photography. Callum helps the team in its marketing and outreach efforts.

In addition to this team, Rob plans to hire more developers, analysts, admins, and marketing experts as the project gains traction and funds are available.

Rob and the team projects that they can deliver the project within three months. The team will volunteer to work on the project for free so that once the funds are available, they will be used to acquire new resources to expedite the development process.

The entire project requires 670 hours worth of labor at a cost of $35 per hour. This translates to a total cost of $23,450. However, Rob will be giving his team up to work on the project for free. This will cut off the project cost by a whopping $7000, which means the requested funds will be $7,000 less than the initial $23,450. The final project cost and amount requested by the team is, therefore, $16,450.

Developing a smart contract plugin for Visual Studio would accelerate the adoption of Cardano globally. We will have a place where we can direct a new developer to leverage the plugin and get their project up and running in a couple of hours. Given the pervasiveness of Visual Studio and its wide-language support, the IDE is best-placed to serve this purpose. Moving forward, we can build on this project and avail similar plugins not just for MSVS but also Eclipse, Visual Studio Code, and other IDEs.

If you’d like to know more information or have questions/comments regarding the Visual Studio Smart Contract Plugin proposal, check out the link https://cardano.ideascale.com/a/dtd/Visual-Studio-Smart-Contract-Plugin/333827-48088 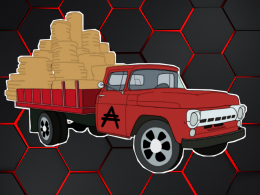 Many DeFi protocols are on Ethereum and Binance blockchains, with huge amounts of funds locked up there. These…
byEdwin Kinoti 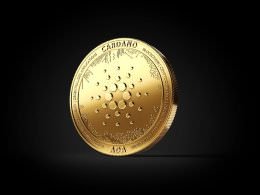 An intriguing proposal that has made its way onto Cardano’s Ideascale platform is Ekofolio, a crypto Stablecoin looking…
byJeff 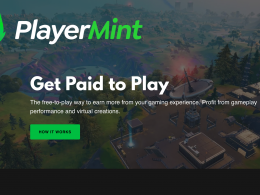 Throughout 2020, the COVID-19 pandemic forced many across the developed world to shift their lives online. Major indices…
byLuke M
1 share
1
0
0