Burblr is a project seeking to end the confusion around NFT with the notion that there is an urgent need for an intuitive Dapp that can bridge the gap between mass adoption, utility, and most importantly, fun. Team Burblr is connecting humans to the Cardano network by allowing them to collect and trade NFT audio/eBooks in a gamified way, with a credit card. Burblr is the world’s first NFT Dapp on the Cardano ecosystem that allows users to collect and trade exclusively minted works: eBooks and audiobooks, from their favourite authors.

Burblr believes that in the next 5-10 years, digitalization of assets will have a strong outlook and continue to trend upward, specifically for literary assets in the form of eBooks and audio books. This presents a timely opportunity for Burblr to offer a means for people to collect, showcase, and trade literary assets. As certain aspects of society become more and more centralized, Burblr can leverage the Cardano ecosystem to offer access to authentic literary assets in a decentralized way.

To get started, users can access Burblr from its website and create a free account. From there, they can choose their favourite genre of eBooks/audio books and wait for a Box Drop to buy their first Box. Box Drops happen periodically on the site and users can acquire one using their credit cards. Each Box contains various Works with serialized minted NFTs. They can subscribe to three different Boxes: basic; starting at $6, rare; starting at $49 and immortal; starting at $149.

Burblr plans to mint NFTs for these Works in conjunction with established publishers as well as independent authors. They will have a marketplace where users can buy and sell any works they like using fiat or crypto. The sellers will incur a 5% transaction fee

Burblr plans to introduce gamification into its app as a key differentiating factor to its solution that will keep users interested and invested on the platform. Burblr reimagines the reading and publishing experience in a whole new way while addressing piracy, freedom of expression, and for the first time ever, a way to capitalize on secondary market sales in perpetuity for authors and publishers.

Team Behind the Project

Burblr has been introduced into Project Catalyst by Louis, the head of the team. Other Burblr team members include Sam, Lauren and Steven. Louis has been a Catalyst member since March 19. 2021, proposing Burblr as his first idea. He has held senior leadership positions in various capacities and was previously a Director of Operations at a New York hedge fund. He began his career in finance at BNP Paribas Asset Management, where he served in an investment data capacity for fixed income and derivative securities as well as delivered presentations to institutional clients.

Sam is an experienced full stack web developer and a multidisciplinary production artist. He is also a developer, designer, musician and photographer. He specializes in building explosive websites and appealing digital campaigns for media agencies, start-ups, businesses and government entities. Sam has 16 years as a successful freelancer.

Burblr is requesting $30,000. The breakdown for the funds usage has not been included in this proposal. However, a self-assessment checklist is included which can show the direction the team is planning to go, and the important goals to be achieved.

The Burblr project proposal is quite detailed with explanations to any questions, misconceptions and doubts the users may have. It lists ways the project plans to earn revenues and gives proper background on each team member. The project has received both support and criticism from the readers, while at the same time the team has also received a lot of suggestions on ways they can make their proposal and final solution serve the current market.

If you’d like to know more information or have questions/comments regarding Burblr proposal, check out the link provided: https://cardano.ideascale.com/a/dtd/Burblr-let-s-make-books-fun/352435-48088#idea-tab-comments

A thriving blockchain ecosystem relies on more than a successful design and implementation. A flourishing developer community is…
byLuke M
1 share
1
0
0

CardanoWall: Bringing a New Level to Proof of Existence (PoE)

In today’s digital era, most people generate and maintain documents as digital artifacts. However, since users can generate…
byDickson Mwendia 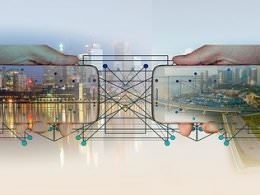 This marketplace provides an all-in-one solution for the decentralized trading of user-made tokens. The creators of this project…
byEdwin Kinoti
8 shares
8
0
0