Stakeboard, is a Social Staking platform that will connect stakepool Operators (SPOs) and delegators in a simple way, to generate knowledge in the delegation ecosystem, Proof of Stake (PoS) of Cardano, contributing to a more diverse, inclusive and balanced network of stakepools, since the community will know the work of SPOs that today have no visibility.

Stakeboard’s mission is to provide tools to foster trust in a wide range of globally distributed SPOs, promoting transparency and decentralization in delegation. The bad actors at Cardano are on the prowl to undermine these principles.

One of the functions of Stakeboard is to disarm frauds elaborated by those malicious characters who, setting up pools, pose as other SPOs, or who, with non-transparent actions, change the stakepool configuration without notifying their delegators, which impacts on their rewards.

The security of Cardano’s proof-of-stake consensus critically depends on the consensus delegation being spread across a wide number of possible stakepools.

Those who appreciate decentralization undoubtedly point to Cardano’s prodigious number of more than 3,100 stakepools, of which there are more than 2,900 with delegation, as proof that we are nowhere near this potentially disastrous scenario. But currently, it is estimated that almost 12% of the staking is on the Binance Exchange. And more than 50% of all delegated ADAs are found in only 25 multiple stakepool owners operating in just a handful of countries (Cardano Blockchain Insights).

The team sees an alert as Cardano’s decentralized applications (DApps) grow, mounting pressure to weaken and destroy the ecosystem will come from outside.

Attacks that successfully exploit the goodwill of Cardano delegators not only lead to centralization, they also fuel the growth of parasitic business models within the Cardano engagement ecosystem.

Actions could also be carried out by powerful adversaries to craft systematic distributed denial-of-service (DDoS) attacks, a malicious attempt to disrupt the normal traffic of a given server, service, or network, overloading the target or its associated infrastructure with an avalanche of Internet traffic.

The team is developing the platform with the following functionalities to address key areas where misinformation is undermining trust in Cardano’s delegation landscape:

In a previous article I published this proposal: Stakeboard: A Social Staking Platform

One of the reasons that delegations are relatively concentrated in larger stakepools or centralized exchanges is that the vast majority of delegators you cannot closely monitor your delegation positions.

As a philosophy of transparency, the Stakeboard team believes that delegators should be informed about any changes made to the stakepools.

Sometimes there are legitimate reasons why an SPO changes its metrics, and a great feature of Stakeboard is that it makes it easy for SPOs to notify their delegators of important updates on them. Sometimes they don’t, and in some cases, because of dishonest actions.

The team is already creating tools and protocols to disarm these threats as they emerge.

In mid-November 2021, the team created the Alice bot, which is currently operating, and it will be integrated into the Stakeboard platform, one of the main reasons for this proposal at FUND7.

In addition to sending alerts about potential fraudulent stake pool creation, Alice scans Cardano for a variety of questionable and suspicious SPO actions, which could negatively affect delegator rewards.

With the Stakeboard platform, Cardano delegators will be able to choose to receive email notifications from Alice, alerting them to any suspicious or questionable actions taken by the stakepools they are delegating to.

Alice recently spotted the launch of several suspicious 100% margin Stakepools bearing the names of Cardano’s featured projects. Among these were Hosky (see Tweet) and Nami Wallet (see Tweet), so the team approached the legitimate founders of these projects and alerted them, enabling them to report the fraud to the community.

This alert from Alice likely saved unsuspecting delegators from losing a large number of block rewards to scams.

Fraudulent Meld ISO stakepools were also created that were able to divert tens of thousands of ADAs, as you can see in this Tweet.

Alice has means to communicate currently if you want to subscribe:

The co-founders are Giovanni Gargiulo and Sebastiaan M.

You can see the rest of the members here.

The team has also presented 2 more proposals, which complement this one:

Stakeboard is a Social Staking platform that will connect Pool Operators (SPO) and delegators in a simple way, to generate knowledge in the ecosystem of delegation, Cardano’s PoS, contributing to a more diverse, inclusive and balanced network of stakepools , since the community will know the work of SPOs that today have no visibility.

Stakepad will offer an improved version of the ISO model that will be of great advantage for any project that tries to carry out an ISO.

Stakestarter will go beyond the ISO model, mixing features from popular platforms like Kickstarter and Patreon and adapting them to work within a delegators PoS funding model.

You can see the original proposal of this article in Ideascale. 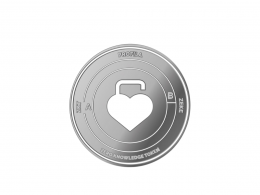 It’s a commonly known issue that we all despise, yet go along with, as there seems to be…
byAlex Hamilton
No comments 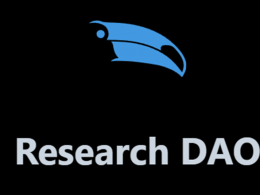 Cardano is characterized by being a blockchain built with scientific procedures and protocols, based on the peer review…
byLiberLion
One comment 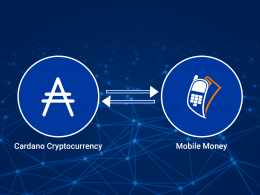 Cardano and Africa seem to have been intertwined from the beginning. It would sometimes appear as if the…
byAlex Hamilton
No comments TradeTrust Has Paperless-Trade on its Way Out, and it’s About Time

Developing countries face challenges realizing the massive benefits of paperless-trade, due to the high price tag of software…
byAlex Hamilton
No comments