Cardano and Africa seem to have been intertwined from the beginning. It would sometimes appear as if the blockchain itself had been designed with  the sole purpose of helping to develop the continent. However, there are still certain issues that must be resolved before full adoption takes place. There are many African citizens who refuse to receive ADA, due to the difficulties they face in exchanging it into their locally used currency. However, a start up company by the name of Up Dev, consisting of more than 18 developers who work in the field of web, mobile and desktop applications may have a potential solution on the cards.

As of now, there are several types of wallets that allow Africans to receive ADA. Yet as of yet, there isn’t an app which provides the opportunity for them to easily exchange ADA into their local currency. This is why the team at Up Dev have decided to design a mobile app which will allow for the exchange of ADA into a local African currency. This should hopefully remove some of the hesitancy which is currently stopping Africans from adopting ADA. Having said that, the adoption of ADA continues to grow across Africa, and businesses in the region will soon be required to offer a convenient way to convert cryptocurrencies into their local counterparts. Think of it like this, salary payments from abroad, transfers of funds from investors and sponsors, or payments from abroad could all be received in ADA, and easily converted into the local currency via means of the proposed ADA to Mobile Money App. This will help facilitate countries that don’t yet recognize cryptocurrency as a usable, daily commodity.

So how will it work?

The user in question simply logs into the crypto mobile app and adds ADA to their wallet. They then simply enter the amount they wish to convert. The app uses a script that passes through a stable coin which will give the $USD equivalent. If the user is happy with the conversion rate, they then enter a ‘mobile money number. This allows the App to send back a request to the server, which plays two roles. Primarily, the request will take the ADA and transfer it to the central wallet. Following on from this, the corresponding amount (in whichever currency) will be transferred from our mobile money account. All transactions will be stored on the blockchain.

How will it be Achieved?

The team will start by creating their own ADA wallet, and then implement the Mobile Money API (Airtel Monet and Orange Money). The required wallet doesn’t need that long in the way of development time. It’s also trustless in nature. If you’re reading this as a newcomer to the crypto world, ‘trustless’ is a good thing. The team has a fully planned roadmap for completion and execution, which can be found below.

The team wants to provide a working proof of concept for Fund 7. For intensive testing by their developers and all members of the community, they will deliver a version that will work with the Cardano mainnet. You will be able to perform payment and conversion tests without having to spend your ADA.

Creation of the CRYPTO MOB wallet with the possibility of sending and receiving ADA.

Step 2 – Conversion solutions (up to 3 months of development) :

Integration of the API of the first mobile money payment mode.

So what’s the cost?

The team has requested just $14,000 USD to execute their proposal, which seems a reasonably small price to pay for something which could change the lives of millions of people.

Here is the roadmap on how funds will allocated :

During this step they will focus on the detailed study and analysis of the problem of exchanging ADA to local currencies.

The following steps  must be carried out

– Detailed study of the problem

– Implementation of a basic architecture

– Proposal of the graphic model to use

Stage 1: Active Development (Up to 1 Month)

During this step they will begin the active development of the ADA To Mobile Money application.

They will take the following steps:

– Development of the Administration part

– Development of the user part

Stage 2: Conversion solutions (Up to 3 Months of development)

The team is ready and confident in their ability to turn this proposal into a reality. The fact that it could, and should lead to the adoption of Cardano/ADA across Africa and potentially the world as a whole should be enough to convince anyone to get involved. 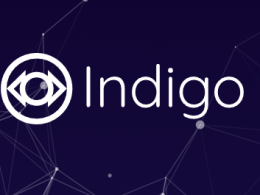 Indigo Labs will develop an open source Typescript SDK through a unified interface, and will allow developers to…
byLiberLion
One comment 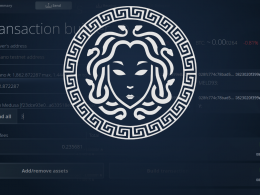 Medusa Wallet 2.0 Could Be Around the Corner

As it currently stands, there are quite a lot of web-based wallets using potentially insecure keys-processing scenarios. The…
byAlex Hamilton
No comments 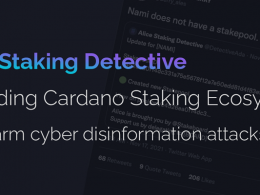 Stakeboard, is a Social Staking platform that will connect stakepool Operators (SPOs) and delegators in a simple way,…
byLiberLion
One comment 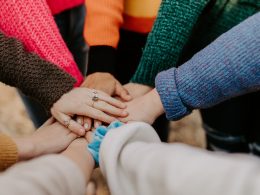 The blockchain is a technology for transferring and registering digital data with very sophisticated encryption, which gives it…
byLiberLion
One comment