Non-Fungible Tokens (NFTs) are without a doubt among the most popular aspects of blockchain technology so far this year. The concept of NFTs which began getting traction and attention from key stakeholders in as early as 2017, got huge coverage in the mainstream media in 2021, when tons of successful NFT projects were launched.

What is an NFT?

An NFT is a one-of-a-kind digital asset that can be used to represent anything from art (digital or otherwise) to music and is verifiable via data stored on a particular blockchain. Currently the most popular form of NFTs is digital art and collectibles, however, a good number of successful projects on NFTs that represent physical items such as land, fashion and music have been launched.  The authenticity of NFTs can be verified hence allowing different key players to participate in trading NFTs, on various NFT marketplaces such as OpenSea, Foundation or CNFT.IO.

The Cardano Blockchain, which is among the most t popular blockchains in existence today by volume, is considered by key stakeholders better and more convenient than Bitcoin and Ethereum blockchains as it is a third-generation blockchain.  It is driven by a proof-of-stake system, making it more scalable, and efficient for transactions.

Cardano Blockchain stands out as its approach is based on peer research and development following a “get it right the first time” model. This peer review model allows for the successful development and launch of projects on the chain, a factor which has largely contributed to their success so far. The Cardano Ecosystem utilizes the ADA token for the buying and selling of NFTs in the ecosystem. At the time of writing 1 ADA is equivalent to 0.91 USD.

The Cardano Blockchain, which was rolled out in five thought-out phases only saw the rise of their NFT ecosystem during their third phase; the Goguen Phase. Cardano developers launched Plutus- a platform for smart contract development and develop a multi-currency ledger on the chain to allow for the creation of both fungible and non-fungible tokens on the blockchain.

These smart contracts paved the way for the development of several NFT marketplaces such as CNFT.IO, ADA NFT, jpg.store, and Genesis Auction House among others. These NFT marketplaces facilitate transactions for the various NFT projects on Cardano in a cost-effective and scalable manner making the chain attractive to the NFT community.

The Cardano NFT ecosystem faces stiff competition from other blockchains and more so Ethereum and Solana. Ethereum, which was the first blockchain to support NFTs has been a leader in the space, hence appearing as an attractive option for creators, artists, and investors who are looking to build NFT projects. However, since building and transacting on Cardano is cheaper and more efficient, the number of projects has steadily increased over time. For example, Ethereum only allows for up to 15 transactions per second while Cardano allows up to 257 transactions per second.

Cardano, due to its peer research and development, faces a challenge, especially in the timely delivery of projects as various decision-makers are involved in the process. To curb this, the Cardano team looks to integrate various technologies that will automate the process and set reasonable timeframes that account for the community involvement.

While there have been multiple successful projects launched on the Cardano NFT ecosystem so far, below are some of our favorite picks.

Launched in July 2021, CNFT.IO was the first NFT marketplace built on Cardano. Since its launch, the marketplace has hosted 100,000 unique NFTs and hundreds of NFT projects. It is a leader in the space and looks to compete with other mainstream NFT marketplaces such as OpenSea and Foundation.

The CNFT.IO NFT marketplace supports some of the biggest wallets on Cardano such as Nami, ccVault and Gero Wallet.  Apart from facilitating the buying and selling of NFTs on Cardano, the platform also provides escrow services for NFT auctions.

As of the time of writing, the SpaceBudz NFT project is currently ranked in the first position in regards to the volume traded on CNFT.IO having traded a total of 24 million $ADA, and a floor price of 6,070 $ADA. The project is unique in that the developers created a designated marketplace driven by smart contracts to facilitate trading for SpaceBudz NFTs.

Pavia wouldn’t miss this list as it incorporates two major concepts of blockchain technology. Pavia is a metaverse project consisting of 100,000 pieces of land that were all minted as NFTs on the Cardano Blockchain.

This gaming project is a game-changer for the chain and looks to put Cardano on the Metaverse space competing with the likes of Decentraland and SandBox which have both been built on Ethereum.

Notably, Pavia is the first virtual world built on Cardano, a fact which has greatly contributed to its growth and popularity. The project also has a well-defined roadmap that incorporates objectives such as interoperability, Pavia smart contract marketplace, VR gaming experience, and avatars among others. As of the time of writing the project has traded over 25 million $ADA and has a floor price of $ADA 302.

Ada Ninjaz is an NFT collectible project consisting of 8888 unique pieces with 450 different attributes. The anime-based project is a tribute to the digital age, which represents the billions of people who grew up infatuated and integrating with blockchain technology. Currently ADA Ninjaz is the top anime project on Cardano.

The project follows a very clear development roadmap and releases various seasons of NFTs in successive seasons. The team behind the project has showcased commitment and dedication, through a timely delivery of the objectives on the roadmap. This has directly contributed to their success so far having traded a total of 825,000 $ADA and a floor price of $ADA 40 as at the time of writing.

Besides these picks, there are numerous other outstanding Cardano NFT projects worth mentioning like Claymates, Yummi Universe, and Cardano Kidz among others.

The Cardano NFT Ecosystem is among the most promising spaces to watch out for in 2022 and thereafter. According to data from CoinMarketCap the value of Cardano grew over 691% in 2021. This growth could be attributed to the increase in number of users in Cardano which is expected to be even greater this year.

The developers, artists, investors, and other key team players seem to be taking sure and calculated steps towards the growth of the Ecosystem. Since its inception, Cardano was said to be the “Ethereum Killer’ because of its focus and approach towards scalability and interoperability. Could the Cardano NFT Ecosystem be the trojan horse? Well, we will have to wait and see. 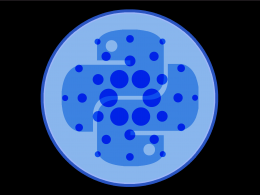 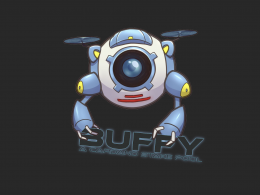 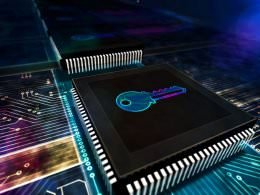 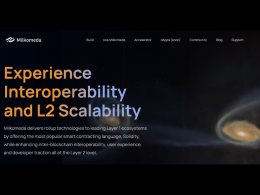 Milkomeda is a novel protocol that powers several leading blockchains such as Algorand, Terra, Solana, and Cardano, to…
byEdwin Kinoti
11 shares
11
0
0
No comments