Cardano is a traceable blockchain, this means that the transactions recorded in its ledger can be followed with full data transparency, from the date of execution, their amounts, their origin and destination addresses, and other metadata included.

While holders cannot be identified by native methods, as personal data registration is not required to participate in the blockchain with a non-custodial wallet, user identity can be linked to funds by alternative methods, which generally arise from the “carelessness” of people.

The most common of the methods to identify holders, both in Bitcoin and in other blockchains, arises if you have bought cryptocurrencies in an exchange with KYC, and then you send those funds to your non-custodial wallet, you can trace the entire operation and see the amount total funds.

The problem is further aggravated in Cardano, since as it is Proof of Stake, with an address (the one of the KYC, for example) it is possible to obtain in a blockchain explorer, the staking key with which all the addresses of the wallet can be seen, and therefore the total funds of the staking wallet, even if that wallet has several addresses by HD protocol (1).

In Bitcoin there are several solutions to protect privacy, and one of the best is Samourai Wallet, which implements Stonewall technology, with which the metadata of the application can be protected in order to prevent third parties from identifying related wallets.

The KYC (Know Your Customer) and AML (Anti Money Laundering) processes oblige by law institutions that trade crypto assets to require their clients to provide personal data when opening an account, such as address, ID, passport or ID driving card , with a selfie. The hacking of the servers of these information providers is common, and they put your security at risk.

Privacy coins such as Monero and ZCash, among others, have a non-traceable ledger (or at least very complex tracking), natively on the blockchain, meaning that, by design, transactions are obfuscated and not easily traceable follow-up in successive operations.

All of this is important for your safety. You understand if I tell you that you don’t go down the street telling everyone how much money you have in your house, right?

In everyday life it is important to be clear about these concepts, as well as in computing. It turns out that today computing is part of everyday life. Many people do not accept it. Your passwords, your Internet browsing, your social networks, among other metadata, contain sensitive data that you must protect, with privacy and security tools, which you now know are different. In some cases anonymity would be advisable.

The Cardano Mixer team presented their proposal at Catalyst’s FUND6. I published an article about it, in October 2021 (2).

Unfortunately, it was not funded, due to a small difference in votes.

It strikes me that it has obtained 34% of negative votes over positive ones. I think that this is because many people do not understand data privacy, and confuse it with anonymity, to commit illicit actions, and that is why they reject it.

It seems to me a very interesting project, and that is why I will write about its progress.

The team believes that users of a public blockchain have the right to remain pseudo-anonymous, i.e. not link their real-world identities to their assets, while complying with the laws of their respective jurisdictions, and to my knowledge, this pseudo-anonymity is privacy.

Several existing solutions address the problem of private transactions, in the context of a decentralized ledger.

The most relevant protocol for this work is Tornado Cash, for the Ethereum blockchain, which improves transaction privacy by breaking the chain link between source and destination addresses, using a smart contract that accepts ETH and other Token deposits from one address and allows their withdrawal from a different address.

Cardano Mixer is an adaptation and evolution of that design. The notable differences between their protocols is that Cardano Mixer processes proof verification off-chain and has a completely different economic model.

How does Cardano Mixer work?

Deposit: a unique key is generated locally on the user’s device and native Cardano assets are deposited into the smart contract.

Wait: at least a few hours before removing to improve privacy.

Withdrawal: proof of zero knowledge of a key is presented, to withdraw funds from deposits.

The possible deposit amount is fixed with several options available to users. You can choose between 200, 1,000 and 10,000 to send ADAs privately, or split the sum over multiple deposits for a custom amount. More options, including other native Cardano assets, will be added as demand increases.

When users withdraw funds, they do not send the corresponding deposit keys, but instead send a zero-knowledge cryptographic proof of a key to unlock one of the deposits.

It is possible to withdraw immediately after making the deposit. However, it is suggested to wait for at least one other deposit in the protocol before withdrawing. The longer you wait, the more mix you will create.

The protocol fee (paid by the depositor) is expected to be approximately 0.2% of the deposit. This fee will be split between anonymous miners, relayers, and MIXers. There is also a Cardano network fee that is expected to be less than 1 ADA regardless of the size of the deposit (with current cost parameters). Withdrawing money from the protocol is completely free as the transaction is sent on your behalf by one of the repeaters. You can read about the fee structure in the White Paper.

Relayers are the fundamental part of the protocol’s decentralized infrastructure. They process withdrawal requests and submit transactions on behalf of recipients. Thanks to relayers, it is possible to keep Cardano network fees low and withdraw into an empty wallet. The relayers collect a part of the commission captured by the protocol. To become a relayer, you need to delegate a deposit amount (for example, 1,000 ADA if you want to process 1,000 ADA withdrawals) plus a certain amount of $MIX tokens (Cardano Mixer token) and provide the relaying service by running the Relayer app.

The protocol works in a fully decentralized way without collecting information from users, and is independent of the country. However, in some countries, reporting of all transactions is required, therefore, the protocol can generate a report of Cardano Mixer transactions, using data from the user’s device. It is suggested to find out the permissions in each country, before using the service.

The token has three main uses:

The initial distribution of tokens will be to early adopters, and then to the Trusted Setup Ceremony.

Treasury tokens will start unlocking 6 months after the protocol launch, at a rate of 1% per month. Team tokens will be unlocked in 3 acquisition tranches: 5% at launch, 5% after 6 months, and the last 5% after 12 months.

10% of $MIX tokens, or 10,000,000, will be distributed to CMIX stakepool delegates through the Initial stake pool offering (ISPO), in which the variable margin is 99%, so the pool does not distribute rewards in ADA but in $MIX. Once all the tokens have been distributed, the stakepool will become a normal one with a variable margin of 2%, of which 1% will go to a charity yet to be chosen.

$MIX rewards are calculated for each epoch individually. Users can decide to participate for any number of epochs. The ISPO started at epoch 319, (February 4, 2022), and will continue until all 10,000,000 $MIX tokens are distributed. If the campaign is a success, the team considers it likely that the rewards will be increased, as 15% was allocated for early supporters in total.

You can see the calculation formula for airdrops here.

The airdrops will occur just before the official launch of the mainnet, when the tokens are minted.

There is also a lottery to reward delegators extra, for those who have at least 1,000 ADAs in staking. Each epoch will have 3 to 7 winners depending on saturation. For example, for epoch 343 there were 3 winners posted on the Cardano Mixer website. For more information on the subject, here.

The public test started on April 29 and ended on May 1. The team gathered enough data to resolve issues before moving forward.

Several hundred different wallets participated in the test. More than 150 responses to feedback forms were received and 75% of users would recommend using Cardano Mixer. The relay server built and sent about 1,000 transactions during the test.

You can read the list of problems and solutions here.

This is the pre-release roadmap:

(1) What are hierarchical deterministic wallets (HD)? (back to reading)

(2) Private Transactions on Cardano? (back to reading) 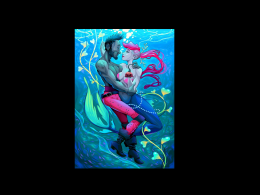 The Secret Sauce Behind One Method of Minting NFTs

Let’s take a journey with the unlikeliest of couples – a mermaid and a cowboy. They operate Tails…
byTravelerJo
No comments 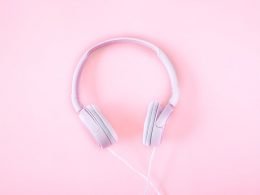 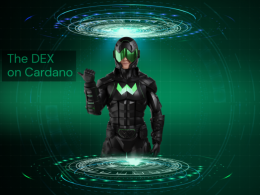