CloudStruct Pushes for Support of Golang on Cardano

The timeline and nature of Cardano growth will be determined by the number of users and developers involved in the ecosystem. If you have been around any length of time, you are aware that Haskell is a different type of programming language than many others. This means that if, as a developer, your background is in object oriented programming languages, like Python, Java or Golang, you basically have a lot of starting over to do. It would be like only speaking English your entire life and taking a job where everything is in Spanish. Could you learn it? Of course. Do you want to take the time to start from scratch? Probably not.

The CSCS team has three proposals in Catalyst F9. Two of these are related to building a toolkit for programmers that are fluent in Golang (an open source programming language designed by Google). Simply put, these two proposals will create a foundation for Golang programmers that will introduce them to the Cardano ecosystem and provide tools that will ease their transition. Golang is an active developer community, as demonstrated by their Github activity. One thing that is unilaterally agreed upon is that there is a scarcity of tools for Cardano onboarding. The CSCS team intends to leverage their decades of combined experience to help make Cardano a more welcoming environment to newcomers.

If you prefer to listen rather than read, they also have provided a YouTube segment on these proposals:

This project will create a Golang implementation of the Cardano Submit API. An API is short for application program interface. Basically it allows a program to submit a transaction to Cardano without wading through all of the Cardano specific protocols on the front end. Think of it like an information sandwich. The new code is filtered through the API which allows it to work with the platform efficiently. At the same time platform security and protocols remain intact. This proposal will create a version of the API that is compatible with Golang protocols and constructed in a way that is familiar to Golang developers. It will simultaneously provide a better understanding of Cardano protocols and create a design template.

This project will create a library of tools for Golang developers to help ease their assimilation to Cardano and the Ouroboros network protocol. As of today, everything must be built from scratch. The CSCS team’s goal here is to create a library of ready-made constructs that will simplify processes like: querying the tip, submitting a transaction, or syncing the blockchain from a local node. It creates a much easier and faster onboarding process – like using a cake mix instead of baking a cake from scratch. This proposal is limited to the NtC (node to client) protocol. Eventually they hope to expand and encompass the NtN (node to node) protocol as well.

The team has created the first portion of this project independently. This means that they have already built phase one to include:

They are requesting funding for phase two which will include:

They estimate that this phase will require approximately 20 engineering hours to deliver. The budget requested will encompass the work completed in phase one and two.

Milestone 1 was the initial implementation of this library and any work that has been done up to this point. This included:

Milestone 2 is the focus of this proposal. This will include: CSCS is a team of three IT professionals. They are experienced developers and are active in the Cardano community in a number of projects. Their Github accounts are linked below for your review.

There are a number of high quality proposals in this round of Catalyst from established community members. It really makes the choice of what to write about, and vote for, rather difficult. I’m not a developer, but I do understand that high quality devs are required in order for Cardano to reach its full potential. As previously discussed, Haskell is not the most popular programming language and it’s hard to incentivize people who have spent a lifetime in object oriented programming languages to start all over with a limited tool set. These two projects from the CSCS team will help to bridge the gap and offer tools, and an easier transition, to programmers new to functional programming language and the Cardano ecosystem. This is an experienced and well rounded team with the tools and resources to get the job done.

For more information about the team of the proposals: 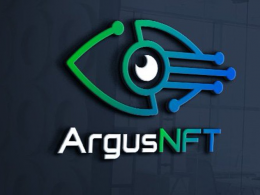 NFTs counterfeit or plagiarized NFTs are a serious and growing problem. The developers of the proposal reported that…
byLiberLion
No comments 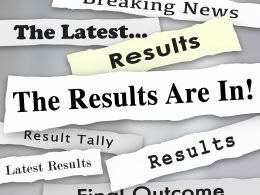 Over 50+ projects were funded in Fund4! Here’s a list of some of projects receiving funding from Project…
byJeff
6 shares
6
0
0
No comments 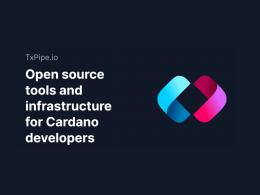 Fund 3 Results are in!

Here’s the list of projects receiving funding from Project Catalyst by category. We’ve also provided a link to…
byJeff
No comments