When we think of automation, as a way to increase productivity and process quality, we think of robots on a production line, and we don’t usually think of decision making. Why? Decision making requires sophisticated intelligence, with many variables to consider, unlike repetitive tasks.

That is why management functions in organizations remain the privilege of humans, but are beginning to be threatened by the birth of artificial intelligence.

Decision-making in a corporation is a common challenge, affecting a wide spectrum of public and private entities.

Blockchain technology enables new ways of exchanging value and information, while automating complex processes in a transparent and secure way.

What is a DAO?

A Decentralized Autonomous Organization (DAO), is a system that runs on a blockchain protocol completely and autonomously, according to rules encoded through smart contracts. By dispensing with the need for human intervention or centralized coordination, DAOs are often referred to as “trustless” systems.

With cryptographic instructions that automatically execute when pre-specified conditions are triggered, DAOs enable levels of transparency, cost savings and decentralized decision making that were previously unattainable.

The genesis of the DAO is to align stakeholder incentives, from founders, to equity holders (with governance tokens), to users and the community at large.

Structure of a DAO

A DAO is an organization, i.e. an ordered system where people with different roles, responsibilities or positions coexist and interact to achieve a particular goal.

To create a sustainable and autonomous DAO, it is essential to understand the incentives and that they are correctly configured in the smart contracts, since any initial error or overlooked detail can destabilize the project.

Next, funding is needed to be able to operate. DAO smart contracts must create and distribute some sort of internal property, such as a native token that can be spent by the DAO, used in voting mechanisms, or to incentivize certain activities. From there, individuals or entities interested in participating in the growth of the DAO, can purchase the DAO’s native token, with voting rights.

What I have just described is the monetary policy, or tokenomics, essential for autonomous development.

Once a DAO receives sufficient funding to be deployed, all of its decisions are made through a consensus vote. As a result, all token holders become stakeholders who can make proposals on the future of the DAO and how its funds are spent.

A second structural concept of a DAO, in addition to autonomy, is decentralization, which can be understood as the process of reducing or avoiding the concentration of power and resources in a few actors, for decision making.

In the past, decentralization has generally been achieved through legal agreements, such as a cooperative’s bylaws or antitrust laws. DAOs use a combination of economic incentives and programmable rules to encourage decentralization.

A clear example of lack of decentralization, is the unequal distribution of tokens, where a very small number of members can block or approve any proposal, or decide on code changes over the DAO protocol.

A related problem with decentralization is scalability, as it affects the speed of decision making. A structure with too many decisions and validations implies problems of scale, and one with too few implies less autonomy. Since modifying the code or smart contract structure of a DAO requires a consensus vote, malicious actors could exploit a bug or a design flaw before the DAO stakeholders manage to solve the problem collectively.

This scalability could be achieved by splitting an organization’s decision making into different DAOs, which participate in the various minor decisions, separately. This would also gain in decentralization of decisions. There would be a sort of DAO interoperability, with protocols running in parallel, and then validating the decision system in a main protocol.

While it is true that Ethereum applied the concept with a design on a Blockchain, the idea of DAO came much earlier.

This innovative idea was initially postulated by Werner Dilger, a renowned German professor of computer science, who in 1997 published “Decentralized autonomous organization of the intelligent home according to the principle of the immune system”. In it, Dilger defined the basis of the DAO as a self-sustaining and autonomous system, a work undoubtedly ahead of its time. However, at the time, his idea was impractical. The technical challenge of creating a DAO could not be circumvented until the advent of the blockchain.

It was then that the DAO concept came to light again. On September 7, 2013, Daniel Larimer, founder of BitShares and Steem, would talk about them in the media outlet Let’s Talk Bitcoin! as Decentralized Autonomous Companies (DAC).

Some consider the Bitcoin network to be the first rudimentary DAO, as it operates fully according to an open consensus protocol, which coordinates the behavior of unknown participants with each other. However, the Bitcoin network lacks the complex governance mechanisms typically associated with a DAO, and is rarely referred to as such.

It wasn’t until 2015, when Vitalik Buterin would launch the concept thanks to Ethereum, which allowed the creation of advanced, Turing complete(*) transparent and immutable codes, something that greatly facilitated the creation of DAOs and interaction with DAOs.

The DAO intended to act as an investor-driven venture capital firm. In 2016 it raised $150 million ether (ETH) at the time, but less than three months after its launch, it was hacked and $60 million was stolen. The attack exploited a combination of vulnerabilities in the code. The event meant a catastrophe for The DAO and led to a hard fork in Ethereum, which gave rise to Ethereum Classic, because some of the developers did not agree on how to solve the problem.

Several projects followed, such as Dash, an open-source, peer-to-peer (P2P) cryptocurrency that offers instant payments and private transactions. While the project is a DAO to the extent that all decisions are made collectively through a subset of masternodes, the degree of decentralization of the Dash network remains debatable given that the network’s governance tokens were distributed in a way that concentrated wealth to a small group of stakeholders, giving them disproportionate voting power over the project.

MakerDAO is a decentralized lending network built on the Ethereum blockchain, and is the protocol behind the DAI stablecoin. The MakerDAO Foundation, which has led the development of the project since its inception, initiated several moves in April 2020 to achieve full decentralization, namely giving control of the non-distributed supply of the project’s governance token (MKR) to MKR holders at large, establishing a paid contributor election process, improving the voter participation process, and thus hopes to become obsolete and pass full ownership of the project to its distributed network of project stakeholders.

Since 2019, the growth of DAOs has been gaining momentum. In September 2020, Uniswap launched a native governance token, UNI, in order to transition Uniswap to a decentralized, community-owned protocol. However, the Uniswap community has expressed concern about the degree of decentralization granted by the Uniswap governance model, in particular the fact that a minimum threshold of 1% of the total UNI supply is required in order to submit governance proposals, a sum that effectively prevents 99% of UNI holders (who each own less than 1%) from introducing a proposed change to the Uniswap protocol.

Many projects start with a less autonomous and less decentralized structure, then move towards autonomy and decentralization, with greater security, testing the design to avoid catastrophe. The Catalyst project at Cardano is one of them. Cardano governance is on the roadmap, it is the Voltaire era, and the Catalyst project is the first stage of the era. In it, with community voting, proposals are chosen for funding on the Cardano blockchain. Starting in FUND1, in September 2020, 95 projects have already been funded out of 553 submitted, in the 4 FUNDS voted so far.

Like any type of technology, a DAO can offer different advantages and disadvantages to its participants.

Its level of transparency is very high. Decentralization allows DAOs to offer services globally, which eliminates borders and democratizes access to services that would otherwise be unavailable to many people.

But there are also disadvantages. Programming a DAO is not an easy task. Automating tasks with the ability to make decisions is very complex. The case of The DAO showed that an error in a single line can lead to huge losses.

The legality of its operation is a problem, as this decentralized format operates in many countries, making it difficult to comply with everyone’s rules at the same time. The incipient regulations are a complex issue to develop in this article, but you should be aware of their existence.

The resulting DAO organization can operate independently of its creators or any other central authority. Since DAOs are open source, all their rules, transactions, and activities are recorded on the blockchain and can be reviewed by anyone, which generally ensures full transparency and immutability.

Immutability and resistance to censorship are valued by those who want to protect their assets and their independence, which gains more attention in those countries with more corruption in justice. The autonomy of the code is a way of putting personal and collective agreements beyond the reach of any third party, no matter how powerful or wealthy.

Autonomy will also be enhanced by artificial intelligence, and machine learning, employing network functionality in the blockchain, will be able to interact with other DAOs. DAOs will evolve their own structures with AI.

Whether this evolution will be an advantage, or become a problem, will depend on the ethics of humanity. Asimov’s Three Laws (1942): “1. A robot may not injure a human being or, through inaction, allow a human being to come to harm. 2. A robot must obey the orders given it by human beings except where such orders would conflict with the First Law. 3. A robot must protect its own existence as long as such protection does not conflict with the First or Second Laws”.

A DAO will only be successful if the smart contracts are transparent and verifiable, i.e. open source, and can only be modified based on decentralized governance.

How autonomous a DAO has a direct correlation with its decentralization.

In a future article I will explain the different governance models.

“We were told the story of kings and slaves, feudal lords and vassals, east and west, left and right, but thanks to cryptoeconomics we now know that these were smokescreens, and it was always about centralization or decentralization. Decentralize your mind”. 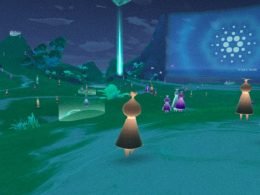 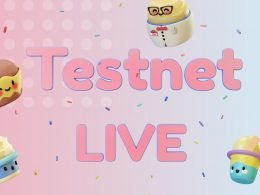