Over the past months, we’ve seen the Cardano community grow exponentially across all fronts. From increased developer activity on GitHub to community growth on platforms like Reddit and Twitter – the trend shows no signs of slowing down yet. Similarly, we’ve recorded a gradual uptick on Cardano blockchain stats such as the circulating supply, new wallets created, total amount staked, transactions per epoch, and other important non-price statistics.

These growth stats are illustrative of the increasing Cardano adoption – with many people looking to make valuable contributions to the Cardano ecosystem. However, as Cardano goes mainstream, new project proposers and developers do not have a clear pathway or holistic support structure to help them bring their ideas to life. They need development tools, a learning community, and other resources to help them build on Cardano and implement real-life projects.Gimbalabs, a collaborative platform that focuses on driving Cardano adoption, is looking to fill this gap by supporting developers looking to onboard to the Cardano ecosystem. Their focus will be building on their already funded fund 2 project.

The Gimbalabs team is driven by the mission is to mobilize everyone in the Cardano community by creating tools and real-world use cases that ignite public imagination and facilitate adoption. The team envisions a world where people are empowered to solve problems using the Cardano platform. To achieve this, the Gimbalabs team has already rolled out a host of projects focusing on developers and end users. These include the Cardano starter kits, Dandelion APIs, Coding on chain, Gimbalabs playground, among other technical educational projects.

In the fund 4 project, the Gimbalabs team will focus on improving their organizational structure and expanding their open-source toolbox for developers to accommodate the growing network. This initiative is spearheaded by an experienced leadership team, which consists of:

The Gimbalabs team connects with Cardano developers, entrepreneurs and blockchain enthusiasts looking to build on Cardano every day. Through their collaborative framework, they plan to continuously roll out  development courses and create collaborative structures that support new teams. Other than sharing tools and learning resources, the Gimbalabs leadership will also help developers learn how they can contribute to Catalyst. The goal is to create a project pipeline that drives the creation of new Cardano proposals, facilitates formation of development teams, and expands the Gimbalabs open-source toolbox for developers.

According to the proposing team, the initiative aims to facilitate project teams and develop an agile framework, custom to how Cardano developers work within Gimbalabs.

The value proposition of this project is rooted in Gimbalab’s ability to provide developers with a platform for learning, tinkering ideas, collaborating, and engaging in real projects. Gimbalabs have a well-outlined roadmap for improving developer experience, which includes a series of steps as shown:

The starting point is to provide developers with learning materials and a platform for incubating projects that address modern business needs. At this stage, the core focus of the project will be:

Gimbalabs is looking to continue expanding their developer toolbox, thereby making it easier for contributors to leverage a range of tools when exploring and implementing their ideas. These include, but not limited too:

Gimbalabs will roll out project-based learning that will help developers onboard to the ecosystem and put Cardano in the hands of the general public.

The Gimbalabs platform will serve as a central source of information where all the above resources will be consolidated. It will be a go-to platform for developers looking to start their Cardano journey. Additionally, it will provide start-ups, Catalyst proposal teams, and institutions with the tools and support they need to build on Cardano.

The Gimbalabs leadership team projects that they can bring this developer-focused initiative to life within three months of funding. Keeping in mind that they are building on a project they already started, this will be a pretty achievable goal. The budget for the project will be $49, 350, with half of this amount being reserved for funding additional contributors. Here’s a quick breakdown of how these funds will be utilized:

Beyond Developer Experience: Creating a Path to a Self-sustaining DAO

This proposing team looks to create a decentralized pool of talented devs and skillful leaders who are equipped to help businesses and institutions to build on Cardano. By focusing on intensive developer training and resource creation, Gimbalabs will introduce tons of developers to the Cardano blockchain while providing a platform for ideation and collaboration. The end goal will be positioning Gimbalabs as a decentralized autonomous organization (DAO) in the Cardano ecosystem. This will also involve revamping the organizational structure so that community members have a sense of clarity around Gimbalabs and how it works.

For more information about the Gimbalabs project, please have a look at their official website and check out the project proposal as submitted to Project Catalyst using the link below.

A Look Inside Cardano DeFi 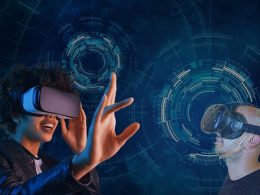 How FuixLabs Plans to Capture Marketshare in the Metaverse 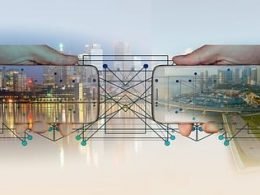 Spectrum.Network to Serve as a Layer 2 Platform for Native Cross-Chain dApps

Spectrum is building a platform for natively cross-chain dapps based on a decentralised consensus protocol. Currently, there is…
byEdwin Kinoti
No comments 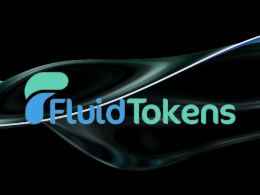