Scalability is one of the three components of the blockchain trilemma, along with security and decentralization.

The trilemma says that you cannot get the (theoretical) maximum possible of the three components, and you must reduce one of them, that is to say that if you have great scalability, you cannot also have great decentralization and great security, you must choose one of these to accompany the great scalability, because in the current blockchain technology, centralization is more “efficient” to scale, but it loses security against attacks.

Blockchain technology developers are trying to solve the trilemma, and even though some developer companies say so, perhaps for marketing reasons, it has not been achieved yet, although they have improved the trilemma relationship (1).

But this debate is not the subject of the article, and I have only brought this excerpt so that the analysis of the tariff market is understood as one of the possible scalability solutions.

Scalability is not only speed, that is, the number of transactions that are processed in a certain time, with a certain traffic, but also the cost of that processing. Validators in the Proof of Stake consensus protocol, or miners in Proof of Work, charge fees for their work, and that cost is part of the scalability component.

Cryptocurrency transactions encounter dual utility, on the one hand users can hold cryptocurrencies, and on the other hand trade them as part of their investment portfolios. Transactions provide, through network fees, the necessary “fuel” for transaction processing.

This duality suggests that the system must have a mechanism to adjust transaction costs so that they remain competitive and reasonable.

There are three reasons not to eliminate network fees. One is that transaction processing incurs system-side costs, in terms of computation and storage, and must be paid for. Two, it is appropriate to incentivize transaction processors to provide quality of service. Three, even with a theoretically infinite capacity, it is important to prevent transaction issuers from swamping the network with worthless transactions, either without malicious intent or through spam attacks, (let’s look at the problems of the Solana blockchain, which suffers from regular outages in the block production).

I will explain different models of network fees, which aim to improve scalability on Cardano in terms of cost, without going deeper into the analysis of each one.

It is based on the auction model, that is, fees increase according to demand, introducing a free market system, with incentives.

Bitcoin established the first mechanism to fix the price of transactions on distributed ledger platforms, it is the price auction mechanism, where transactions bid for a place in a block, assigning the value of the specific reward, and block producers select the transactions they prefer to include.

The higher the fee assigned by the issuer of the transaction, the more likely it is to be chosen by miners and included in the block before others.

Block producers are also rewarded with the right to mint new coins, i.e. their operation is subsidized by the entire community through inflation of the total coin supply, which currently stands at around 95%, or maybe something more, of the rewards. Inflation falls geometrically over time, with each halving (4 years) reducing bitcoin issuance, and transaction fees becoming more and more dominant in rewards.

This mechanism has been working for more than 10 years on the network, and has been criticized for not being able to meet the increase in demand, since each block has a maximum limit of 1.5 MB every 10 minutes, thus causing an increase in the cost of transaction, due to its inefficiency when scaling.

The Ethereum blockchain has a similar problem.

A powerful feature of Cardano’s accounting model, eUTxO, is that the fees required for a valid transaction can be known precisely before they are published, it is a deterministic model. This is not the case for the accounting model used in Ethereum, which is the accounts model (2).

The blockchain could be understood as a toll system for transit (transactions). If we take the auction model, Fee Market, for reasons of supply and demand, fees increase during peak hours, those with the greatest traffic, discouraging the use of the highway at certain times, due to the congestion that occurs.

The alternative to this problem would be L2, that is, to build a secondary route for the highway that becomes congested. Implementing this solution has a higher cost, in addition to the time required.

The current system on the Cardano network is simple, every transaction is treated the same, and it is not possible for users to alter their priority by paying higher fees.

However, there will be drawbacks. If we aspire to global adoption, as Cardano usage increases, there will eventually come a point where not all transactions can be included in the first block that is currently being validated, i.e. within the 20 seconds that each block is forged. These problems will not be completely solved either, with adjustments in the parameterization, such as the extension of the block size, as has been done recently.

Increasing main chain (L1) processing capacity and/or diverting transactions to Hydra or other L2 solutions, such as the Orbis project (3), can alleviate this concern.

One problem that arises is that the more sidechains (L2) there will be more fragmentation in the blockchain, producing greater friction for users and developers.

Professor Aggelos Kiayias, Chief Scientist of IOG, presented a possible partial solution to the problem in Cardano, as an auction model but on a smaller scale, by paying transaction fees in defined tokens by the user (4).

A transaction could be issued that declares an Ada-denominated liability equal to the amount of fees that the issuer of the transaction has to pay. It can be perceived as an open offer. Why would anyone respond to such an offer? The transaction may offer a certain amount of tokens to whoever covers the liability. This suggests a spot trade between Ada and the tokens offered at a given exchange fee. General ledger rules must be adjusted so that the transaction with the liability, and its corresponding transaction, become allowable as a group.

As a result, the transaction with the liability is settled. Users can send transactions valued in any token they own and they post to the ledger as regular transactions, as long as a block producer (the validator) is willing to accept them in spot trading.

An IOG project proposes a scalability solution based on a tiered model. If you want to read the original article I leave the link at the end (5).

The focus of this project introduces a novel transaction fee system for blockchains. The key to the design is to divide each block into three “tiers” depending on the use case. Each level constitutes a fixed percentage assigned to the maximum block size and is designed for different types of transactions. The suggested tier scheme would be ‘Fair’ 50%, ‘Balanced’ 30%, ‘Immediate’ 20%.

For each transaction the issuer should specify the service tier for inclusion in a block.

Stablefees: a Basket of Cryptocurrencies to Stabilize Fees

In another article, Professor Aggelos Kiayias, Chief Scientist of IOG wrote about one more alternative, the Stablefees model (6), where the idea is to have a base price for transactions through the peg to a basket of commodities or currencies, where the stablecoin is the currency used to pay transaction fees.

A comparison in the fiat world might be the International Monetary Fund’s SDR, established in 1969, and valued based on a basket of five currencies, the US dollar, the euro, the Chinese renminbi, the Japanese yen and the British pound sterling.

In this system, Ada will play a double role, as an asset of the decentralized reserve and as a reward coin for staking. It will also be the reserve currency in extreme scenarios, where the reserve contract is in a liquidity crisis.

Interesting debate on the tariff market between Jarek Hirniak, founder of GenLambda (Maladex) and Sebastien Guillemot, founder of dcSpark (Milkomeda).

Jarek: “Real-time visualization of how much everyone on Cardano would benefit from fee market. https://zeromev.org”

Sébastien: “That’s entirely incorrect. Not only is a lot of the MEV on this page not possible because of the UTXO model, transaction fees would democratize existing MEV because projects would no longer have to be bribing stake pool operators to prioritize their transactions.”

Writer’s note: MEV is Maximal Extractable Value. Refers to the maximum value that can be extracted from a block’s output above the block’s standard reward and gas fees by including, excluding and changing the order of transactions in a block.

Jarek: “They don’t need to bribe stake pools to do anything, but still some of them do. Those are the skippers I’ve mentioned.

UTxO model changes nothing, esp. in the context of batchers. I batch first with my higher fee. Then you’re batched second. Do you think it’s that different?”

Sebastien: “The eUTXO model stops any MEV that causes the followup transaction to fail in phase 1 validation (due to determinism). This definitely won’t stop all MEV — especially ones that involve delegating non-determinism to off-chain computation. For those, best you can do is democratize”

Jarek: “You’re essentially pushing the issue from layer 1 into off-chain. It still is unsolved, now you just have to trust even more centralized part of the network to not screw you over. Given the trust should be coming from L1 there is some serious issue with it.”

Sebastien: “Things being pushed from l1 to off-chain is already what Cardano forces for some use-cases and it’s problematic. The roadmap could have multiple things to address it since it increases user confidence & lowers extractable value from those running the offchain protocols.”

Scalability is the objective sought, it is not to make the block producers, the Stakepool Operators, richer so that they charge higher fees. Of course, there is a delicate balance between scalability, incentives and the intensive use of the network, as part of game theory, that is, the interrelation of the actors in a system.

The different models have their pros and cons, I think there is no absolute model, perhaps a combination of several is the ideal.

If we want decentralization, as part of the blockchain trilemma, in addition to scalability, the community must be involved in opinion, influencing decision-making, so that it does not remain in the hands of a few developers.

The debate is open. 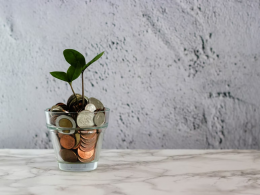 Price is a measure of value, and value is utility. In the short term there are variables that…
byLiberLion
One comment 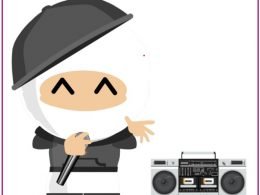 In part 1 I wrote about interoperability, its concept and protocols, introducing a bit of history. In this…
byLiberLion
4 shares
4
0
0
One comment