The global lockdown of 2020 gave birth to a digital transformation, of unprecedented speed. The intensity at which remote working, education and entertainment became the norm rendered a solid IT structure as ‘mission critical’ to most organisations. And, while many companies bore the financial brunt of this technological overhaul, those in the IT sector thrived. At the end of 2020 the global IT market was worth an estimated $3.6 trillion USD. With remote living now the seemingly irreversible standard, the market is expected to total $4.07 trillion USD by the end of 2021, according to Gartner. With the recent developments in Cardano blockchain adoption, as well as a young, intelligent and tech-savvy workforce, there’s every reason why Africa should strategize to take a share of this market.

Whereas it may currently be seen as an indication of defeat, the low labour costs make the continent ripe for disruption, or to be more specific, disruptive innovation. The term was initially coined by Clayton Christensen, and describes using the competitive advantage of low wages to grab a share of a specific market, and then up-market once your foot’s in the door. The idea being that you eventually take over more profitable areas of the market, as demonstrated by the India IT industry. The aim of this proposal is to make Africa the go to place for no-code development, then upmarket in a manner that takes the industry by storm.

No-code and low-code are often put in the same bracket, although there are distinct differences. ‘No-code’ is a means of software development that allows non-technical individuals to build their own applications. This is achievable without the said individual ever having to write a line of code, hence the name. The tools necessary are usually just a simple user interface, with drop and drag like features. ‘Low-code’ on the other hand (also as the name suggests) refers to a platform that requires a limited amount of coding. Non-technical users may have to liaise with actual developers during stages of the process. According to Gartner, the global low-code development market is estimated to total $13.8 billion USD in 2021. However, no-code will remove the figurative keys to the city from out of the highly trained developers hands, and into the average citizen’s. If Africa can successfully and strategically use its low wage advantage, it could create no-code development centres across the continent. Not only would this create hundreds of thousands of jobs, but would make Africa one of the IT capitals of the world. Having attained this status, the process of up marketing can begin, eventually cementing Africa’s reputation as an IT superpower.

Cardano Sets Out to Fulfill Its Purpose

The bloom of employment generated across Africa will increase the opportunity to engage with US and EU companies. Although the message is rapidly spreading, it’s thought that no-code can act as the jet fuel for blockchain adoption. Because of its current lack of interoperability, Cardano is as yet, a network without a significant network effect. No-code can help it fulfil its purpose of bringing equality to underdeveloped nations, by allowing individuals to develop their own blockchain applications. The scope is almost boundless, food safety, payment apps, remittance and cold chain can all be accounted for, without the individual having to surrender their independence to greedy first world corporations.

A Collaboration Stretching from Africa to Vietnam

This proposal is a joint effort. WADA has teamed up with Tim Obrien, CEO and founder of Ferdon, and the no-code development platform QModeler. The platform is the only one of its kind that can be used to build blockchain applications and protocols. It uses NFTs to attribute work to teams of hundreds of distributed workers. By utilizing no-code, new layers of value worth trillions of US dollars will be created, simply by connecting existing protocols, integrating on-chain and off-chain protocols and providing the message format transformations required, in order for applications to communicate. Ferdon (headquartered in Vietnam) believes that technology should unite and not divide us. They strive to democratize technology by simplifying it, allowing for innovation across all strata of society. Given their unique understanding of the challenges facing developing countries, Ferdon are perfectly placed to undertake this task. It would be easy to mistakenly assume that QModeler generates code from the graphs users create, but that wouldn’t be correct. The graph used by the users is itself a Turing complete language. QModeler relies on Pebbling, which is both a board game and a model used by research departments, and a ‘Turing complete language’.

The Comparison to Marlow

QModeler is often compared to Marlow, however there are some key differences that Tim is keen to point out.

Targeted Demographics -QModeler targets the ’Citizen Programmer’ who has little or no technical training. Marlow uses ‘blocky’ which was intended to teach programming. Our own usability tests as well as others shows Blockly is too complex for ‘Citizen Programmers’. More on citizen programmers here .

Greater Flexibility – Components must be flexible enough to allow Citizen Programmers freedom to build what they want. For instance, in the blocky program I may want to take half the amount in escrow, I may want to pay the arbitrator 10% of the funds for incentivization. I may want to wait until all bids are in and select the highest bidder. To me the components in Marlow look like they were built by working back from the demos.

Does Not Use Code Generation – Code generation is an approach with a 15 year history of failure by companies like IBM and Microsoft. Generated code is error prone. Blockly is built on code generation.

Easy Process for Building Components – It must be very easy to build a new component. Users will find use cases that are not handled by existing components and it must be possible to build these components quickly. Otherwise it becomes like WordPress where you get 95% of features you want out of the box, but getting the remaining 5% features may require you to abandon WordPress.

Formal Verification of Conformance to Business Requirements – The model should be formally verified and results displayed to the user, or development will be a very slow process. QModeler formally verifies the models in realtime and supplies feedback on how to fix the models.

Support for Requirements Engineering – QModeler supports full SLCD by the Citizen Programmer. Applications are formally verified against requirements before deployment .

Persona Based Visual Languages – The platform should support persona based visual languages that have the right tradeoffs, flexibility and abstraction for multiple personas Addresses Integration – QModeler addresses Cardano as part of a broader ecosystem of off chain components.

They Have the Plan, Now the Funding

Tim will work with WADA and other organizations to prioritize use cases and discover three personas of users in Africa. (1 week)

Design visual languages to the three top personas and work with African organizations on usability testing these personas. (1 week)

How will success be defined?

A pan-African strategy to take a share of the estimated $4.07 trillion USD IT sector is currently lacking. However, the foundations on which to build one have been in place for some time. With its young population and low wage costs, this proposal to set up no-code development centers across the continent has all the hallmarks of success. QModeler’s experience in blockchain, as well as working with developing nations makes them the ideal candidate to pull this off. Having teamed up with WADA, this joint enterprise should amount to an unstoppable force, bringing an accelerated state of development to the African continent.  A continent set to become unrecognizable in the coming decade, for all the right reasons.

If you’d like to know more information or have questions/comments regarding WADA’s proposal, check out the link provided: https://cardano.ideascale.com/a/dtd/No-Code-For-Creative-Africa/351502-48088

A token is not enough. Several other elements must come together for a cryptocurrency project to be successful. …
byLuke M
1 share
1
0
0 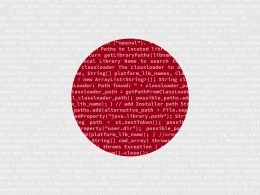 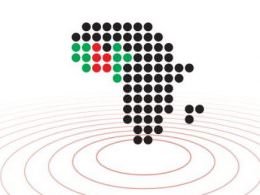 Developers, academia, businesses, and governments across West Africa are unaware of the unlimited potential Cardano holds when it…
byDickson Mwendia
1 share
1
0
0