“The goal of RealFi is to serve real people with real finances and therefore be able to innovate and do interesting things ”. —Charles Hoskinson.

In the previous article I explained the advantages of RealFi over DeFi. Now I will analyze the actions that IOG, (Input Output Global), the global subsidiary of IOHK, developer of Cardano, is carrying out so that Cardano takes the next step to RealFi, since if agreements with companies and governments are not fostered, the evolution it would be much slower.

IOG, a company formally incorporated in 2018, in Wyoming, and with its Head Office in Colorado, United States, has chosen Africa as the right continent to develop applications in the real economy, and for people with real needs. The director of operations in Africa is John O’Connor, who carries out the efforts in the continent.

Ethiopia, the First Country for RealFi

IOG has committed in 2018, in a partnership with the Ethiopian Ministry of Science and Technology (see Tweet) to advance the training of blockchain developers and the use of Cardano in the agricultural industry.

Then, in 2021, (see Tweet) another deal was signed to create a national system of records to check grades, monitor school performance, and boost education across the country for 5 million students.

The Cardano projects in Ethiopia, Tanzania and Kenya are the first steps of this global inclusion project: Blockchain comes of age in Africa.

Cardano adds the final piece of the financial puzzle by unlocking the real economic value at the end of the transaction chain: personal identity.

Identity is fundamental to everything. Once someone has an economic identity, a world of opportunity and inclusion opens up. The real opportunity comes with access to services that were previously out of reach. Real financing provides those services to open a new business or maintain an existing one.

Identity can become an asset to the extent that it can be a substitute for collateral. A lender’s main concern is to make sure that loans, plus accrued interest, are repaid. One way to enforce this is to guarantee the loan, but in the event that the lender had sufficient and clear information about the borrower, the money giver might be more inclined to reduce the guarantee or the rate.

A digital identity platform like Atala PRISM offers a comprehensive solution. All the necessary financial information can be verifiably stored and transmitted through an Atala PRISM ID, applicable in DeFi to structure loans and hedge credit risk, thus taking a step towards RealFi.

One of Africa’s leading technology incubators is iceaddis. Together with Input Output, they are supporting local entrepreneurs. The goal is to create a community-led approach to training and onboarding developers to Cardano. The actions will initially start in 5 countries, to finally reach 25 throughout the continent.

RealFi needs communications infrastructure, and to promote it on the African continent, IOG is working in collaboration with World Mobile in Tanzania, with the aim of enabling access to essential online services via blockchain.

Founded in London in 2018, World Mobile is the first global network based on blockchain technology. Its mission is to create a shared economy between users and infrastructure providers, aimed at providing connectivity to remote communities around the world.

The thousands of international mobile network operators run legacy infrastructure, leasing cell towers and then selling their products as air minutes, operating in highly congested frequency bands such as 3G, 4G and 5G. World Mobile proposes to venture into the most remote regions, where it will use other parts of the wireless spectrum, such as TV white space and citizens’ broadband radio service, or free space optics, where data is transmitted over the air using lasers.

By avoiding licensed wavelengths, World Mobile’s founders believe they will be able to provide connectivity at a fraction of the usual cost. Mr. Watkins (CEO) said, “The inspiration for the company was the huge shock of learning that four billion people did not have access to a mobile network.”

IOG has partnered with Pezesha path to facilitate loans to small and medium-sized businesses seeking short-term loans for working capital. These loans have a non-performing rate of only 2%, but are struggling to fund themselves in the Kenyan market due to a lack of local liquidity. The goal is to create simple, frictionless tools that allow crypto holders to seamlessly lend real-world opportunities, receiving crypto cash back directly to their wallets. We see a world where people can borrow to develop real-world opportunities, taking advantage of the agility of cryptocurrency trading.

Many countries struggle to finance large infrastructure projects such as schools, hospitals, bridges, or rail networks. Countries often finance infrastructure projects by issuing debt. In the increasingly decentralized financial future, this massive class of debt and the large amount of money flowing into DeFi markets will propose more capital competition, with a more efficient and cheaper way to finance real works.

The agreement between Cardano and Oasis Pro Markets, announced at the Cardano Summit 2021, goes in that direction, and it is where DeFi meets RealFi, for the democratization of financial services and access to capital in developing countries.

The Cost of the Network

The cost of a network must also be considered as part of your RealFi application, and is passed on to your users, impacting the scalability of the system.

The University of Cambridge estimates that Bitcoin mining consumes more than 100 terawatt-hours (TWh) of electricity per year. To put this figure in perspective, that’s 0.55% of the electricity produced in the world each year. Proof of Work (PoW) is resource intensive because Bitcoin miners need to solve increasingly complex mathematical problems to create blocks. Also the need for powerful hardware leads to e-waste problems as miners always need to keep up with rivals by upgrading more powerful mining equipment.

In Proof of Stake (PoS), no computational power is required, so there is no competition in hardware or power consumption. Charles Hoskinson, has estimated that Cardano’s energy usage is only 0.01% of that of Bitcoin.

So, beyond the green approach, the maintenance cost of a PoW blockchain is higher, so PoS is positioned as the most suitable consensus for RealFi.

The independent Cardano community is very active. On Cardano Cube or also on Building On Cardano, you can see the projects that are being developed on Cardano.

Tim Harrison, the Marketing & Communications Director of Input Output Global, published a detail about the distribution of the projects, by category: 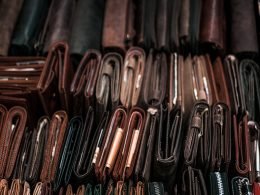 Have you ever wondered if it is possible for someone to crack the seed in your wallet? I’m…
byLiberLion
1 share
1
0
0
2 comments 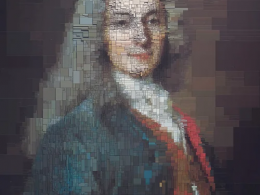 Voltaire is the era of governance in Cardano, and to be able to govern requires funds.  There are…
byLiberLion
1 share
1
0
0
One comment 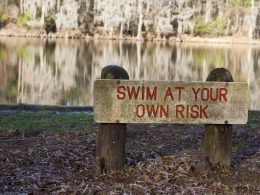 The Potential Risks of Investing in ADA

The FUD surrounding ADA has gotten quite stale, we need new arguments against why you shouldn’t invest in Cardano and here they are.
byFlantoshi
No comments

In part 1 I wrote about interoperability, its concept and protocols, introducing a bit of history. In this…
byLiberLion
4 shares
4
0
0
One comment