Climate Neutral Cardano is an alliance of Cardano stake pools and other parties who are passionate about both Cardano and mitigating the effects of climate change. The list of member stake pools is at the bottom of this article. This group is participating in a number of important projects, including the Cardano Forest and a Catalyst funded project that will calculate Cardano’s carbon footprint. This is important because a number of entities will no longer work with cryptocurrency because of their belief that high energy consumption makes it harmful to the planet. CNC’s project The Cardano Carbon Footprint will not only provide the calculations, it will also have them verified by an independent third party.

With Veritree at capacity and the carbon calculations well under way, the group has committed to another important project – one that will help the environment and change lives half a world away. CNC Ala (ala means forest in Malagasy) this project will help both the climate and people in a pretty desperate situation in Madagascar. Before we get into the actual project, here is a bit about Madagascar and why it’s so important from a global conservation aspect. 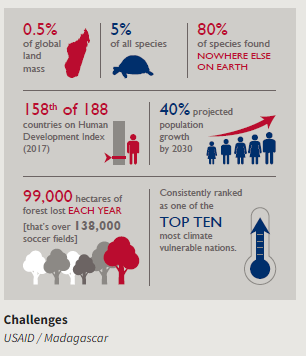 Madagascar is an island nation that lies off the east coast of Africa. There are more unique animal species living in Madagascar than on the entire African continent. Eighty percent of its species can be found nowhere else on earth. Because of this high level of diversity, deforestation can have an even more consequential impact than in other places. Unfortunately, a high percentage of the human population lives in abject poverty and suffers from food insecurity. People who are hungry and desperate generally resort to slash and burn agriculture, illegal fishing and poaching of protected animals. This creates a vicious cycle of low crop yields, negative climate impact and soil degradation.

CNC Cardano has found a way to help. They are partnering with Tetikasa Ala, an NGO that is working on reforestation and permaculture in central Madagascar. Their operation has been underway for over a year and has also received support from the French government.

The group understands that to impact lasting positive change, the local population must benefit from the program. Therefore, the intent is to create a program that has social and educational components in addition to planting. They intend to empower the community through education of sustainable agriculture techniques. This isn’t merely about planting trees. This project is about agriculture that helps the planet and the people of Madagascar. The planting will include trees, but also other fruit and vegetable plants that will allow locals to benefit fairly quickly. Specifically, they intend to plant 100,000 fruit trees and vegetables like Bananas, papayas, orange trees, and tomatoes. Additionally, through strategic reforestation they can increase shade and food production, increase carbon sequestration, and multi-use permaculture forestry practices. Longer term goals include reversing land degradation, deforestation, and loss of biodiversity. As well as mitigating the long-term effects of climate change induced drought.

If saving the planet isn’t of interest to you, please consider that this project, if successful, is a proof-of-concept that blockchain technologies can generate revenue to help communities in developing countries and protect our environment. Concerns about cryptocurrency energy usage have resulted in negative press. This project is a demonstrable way to demonstrate that the Cardano community is deeply committed to helping projects like this that mitigate climate change and help the local population. Also projects like this open the discussion about crypto currency and energy consumption. It is another opportunity to explain that Cardano does not require the same amount of energy to operate as Bitcoin.

As you can see this is a large scale project. The goal is to raise a minimum of 300,000 USD in six months, including the SPO donations. To make that happen, the Climate Neutral Cardano Alliance is joining forces with Cardano Proxies, Earth Natives, Madas Lemurs and Yummi Universe. In return for staking to one of the CNC pools, you will receive CNC tokens, which can be used for:

The team intends to start token distributions in the next 30 days. For official updates, please follow: Climate Neutral Cardano (@CardanoCnbg) / Twitter or check out their website

For more information about Madagascar: 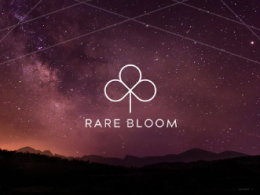 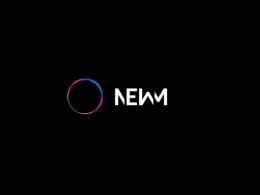 There can be few more depressing sights than a natural landscape blighted by litter, a blunt reminder of…
byAlex Hamilton
1 share
1
0
0
No comments