The Ethereum network has received unprecedented mainstream attention of late. For anyone not in the know, the network was the first to bring viable smart contracts to the cryptocurrency space. Since its inception in 2015, it has driven innovation around the technology, including notable use cases in prediction markets and lending and borrowing.

A natural counterpoint to this criticism is that scaling solutions are on their way. Yet, these layer two solutions represent serious execution risk. For instance, the widely popular Uniswap decentralized exchange (DEX) supports billions of dollars in weekly trading volume. However, it remains unclear whether this liquidity will be fractured when the DEX migrates to layer two.

“Users can convert their Ethereum tokens in just a few clicks, and when moved across, these tokens will be ‘translated’ into a special native taken on Cardano that has the same value and works just like an ERC20. Additionally, if the user wishes to do so at a later stage, they can move their tokens back to the source network by burning them on Cardano. Two-way convertibility is baked in.”

“[IO Global] will soon spin up a version of the ERC20 converter tool on a dedicated testnet. IO Global is currently working with partners for migration to Cardano, and SingularityNet will be the first of these. The ERC20 converter will introduce a new SingularityNET AGIX token, the deployment of which marks the first milestone in the SingularityNET to Cardano Migration plan. The initial testnet will allow users to assess the process of migration while working with AGIX tokens both in Cardano and Ethereuem Kovan testnets.”

The converter forms a direct bridge to the Ethereum network and allows its users to experience extended functionality on Cardano. Moreover, the user experience is surprisingly seamless. The tool has an easy-to-use dashboard and can interface with the MetaMask Chrome extension. Due to this integration, conversions require only a few mouse click.

In the October 2020 monthly update, Product Manager Vukašin Vukoje performed a quick demo of the product:

The full video is available here.

All in all, the converter testnet marks the latest development in the Cardano ecosystem. With Plutus and smart contract functionality around the corner in the Alonzo hard fork, the ecosystem will soon realize the promise of years of intense R&D. Stay tuned to the May installation of Cardano 360, set to air May 27th, for more details and further announcements. 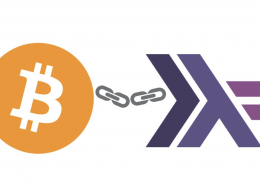 Ouroboros – A Deep Dive for the Non-PhD

I read the Ouroboros paper so you don’t have to; here’s what I learnt. Ouroboros is complex. As I was…
byBlocksplained
No comments 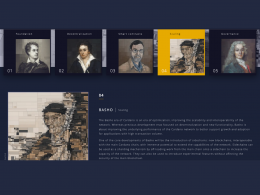 Cardano evolves through eras, and each one has its theme, Byron was the foundation, Shelley was decentralization, Goguen…
byLiberLion
6 shares
6
0
0
One comment