A large portion of the world’s population is underserved in terms of financial services. According to Acuant, an AML/KYC services provider, at least 2 billion people have trouble accessing financial services. Take Morocco, for instance, where most of the population is mobile and internet active, but less than a third of adults have a bank account. Here, and in similar countries, unbanked customers often have identification yet lack other documentation required by financial institutions.

On the other hand, the majority of printed USD is used outside The United States. Economies like Panama and El Salvador recognize the dollar as legal tender. Similarly, others like Cambodia rely on the greenback as a de facto secondary currency or an alternative to volatile domestic fiat.

Paradoxically, individuals living outside The United States reliant on the dollar may have limited access to American equities. International stockbrokers often require non-US citizens to produce numerous identification documents as well as paper applications. Restricted access for vulnerable populations is particularly problematic during unprecedented levels of QE, which, according to many, likely cause asset price inflation at the cost of the dollar’s purchasing power.

Bitcoin introduced the concept of digital scarcity, the means to preserve value securely online. The innovation was easily ported into the world of finance, whereby ERC20 tokens became the obvious next step. This Ethereum token standard involves an API for implementing fungible tokens and, more importantly, a crowdfunding mechanism for venture capital exposure to startups. While such aptly-named initial coin offerings (ICOs) have since caught the attention of regulators, numerous platforms in the space have leveraged the standard to distribute ownership among early adopters and users.

Beyond IPOs, a more significant number of financial instruments may fall within the technology’s purview. DigiShares is looking to tokenize real estate investments, and index products by TokenSets and others have also experienced traction. These products track baskets of underlying digital assets much like traditional index funds.

Throughout the summer of 2020, Synthetix experienced a surge in usage of its SNX token and associated equities trading platform. The DeFi protocol allows SNX holders to lock tokens in exchange for tokenized derivatives that track the price of equities such as AAPL and others. The platform also allows users to short stocks with tokens inversely related to the underlying’s price.

However, Sythetix has recently faced hurdles. Notably, high gas fees on Ethereum have limited the platform’s—and Ethereum DeFi as a whole—appeal to average net-worth individuals. At certain times, Synthetix community leaders were forced to refer some users to third-party lending platforms to gain yield on their inflationary asset rather than bear the high transaction costs of the protocol.

The Indigo Protocol looks to open access to financial assets such as traditional equities. Like Synthetix, the protocol will leverage synthetic assets minted as users lock collateral. However, Indigo will operate on top of Cardano, a third-generation, high-throughput, decentralized blockchain that hopes to deliver stable fees and cheaper transactions.

According to the Indigo white paper, synthetic assets are notably versatile. They can:

The effective management of collateral is also essential to the  platform. A user’s position must remain over-collateralized at all times. Along these lines, Indigo calculates a collateral ratio against the value of the collateral provided by a user relative to the price of their synthetics. The equation is:

Finally, Indigo will rely on Stability Pools to automate liquidation events while ensuring low collateral ratios. Users can allocate inversely related tokens, which can be used to rectify under-collateralized positions in exchange for a portion of claimed collateral and INDY.

INDY is the Indigo DAO Token used within protocol governance. The asset has a total supply of 35 million tokens that will be distributed to protocol users fairly following Indigo v1 launch via an equitable vesting schedule.

The Indigo team is experienced in DeFi. Notably, co-founder Dewayne Cameron is the protocol architect for the eUTXO liquidity protocol Liqwid Finance while Hai Nguyen Quang is an experienced technologist and contributor to Meld. Other team members have functional programming experience and have participated in the Plutus Pioneers program. Co-founders Eric Coley and Dewayne Cameron have also appeared on Cardano Live.

Indigo has two proposals active in Fund 6. Firstly, the team is seeking $60,000 in funding for a security audit of the protocol’s on-chain contract code. The grant will cover the engineering hours necessary for the deliverables of the project. This includes a code review (30 hours), delivery and initial audit report (15 hours), verification review (15 hours), and a final audit report (five hours). Towards this end, Indigo also provided a detailed timeline in the proposal. This timeline budgets for auditing, attack simulations, bug fixes, testnet deployment, and more.

In a separate proposal, the team is also seeking $35,000 in funding for the open-source development of a Plutus Application Backend (PAB) SDK. The SDK will be built using TypeScript and will assist developers in interacting with the PAB and the ChainIndex Service via API endpoints. Funding will cover seven weeks of development for one full-time senior web developer and one part-time Plutus developer paid $90 an hour.

If you’d like to learn more information or have questions for the Indigo team, check out their proposals on Ideascale: 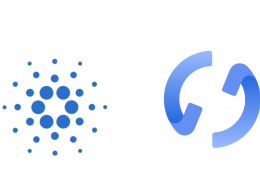 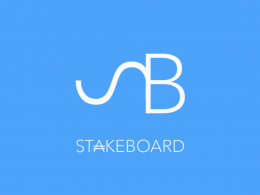 In the PoS (Proof of Stake) consensus system, delegation is the lifeblood that flows through the arteries of…
byLiberLion
9 shares
9
0
0
2 comments