Focused on helping non-EVM (Ethereum Virtual Machine) cryptocurrencies to achieve and maintain mass adoption, Milkomeda will empower them with EVM-based sidechains, and novel technology that provides a seamless user experience for both developers and users. in general.

The Ethereum Virtual Machine is a Turing complete virtual machine, which makes the Ethereum blockchain work possible, processing transactions and smart contracts with programming in Solidity.

Charles Hoskinson, CEO of IOHK, stated: “[…] Interoperability is crucial to mainstream blockchain adoption; At IOHK, we don’t believe there is ‘one blockchain to rule them all’ and instead value collaboration. When it comes to interoperability and scalability, sidechains are an essential part of our vision for Cardano […].”

The latest generation of blockchains (Cardano, Solana, Polkadot, etc.) approach scalability in their own way and with their own designs, however the developer community is limited to each ecosystem, so interaction is required to allow wider adoption.

The Milkomeda protocol proposes several sidechains, which will allow developers to write smart contracts in the languages ​​they are familiar with, for example Solidity, and deploy them on multiple chains. Which means they don’t have to learn the functional programming languages ​​of Haskel and Plutus to build on top of Cardano, thus lowering the barrier to entry for developers, and increasing their number on Cardano.

Milkomeda will be implemented on Cardano first, bringing EVM support to the ecosystem, as initially envisioned in the Cardano roadmap.

For this reason, and alluding to that interoperability, the name “Milkomeda” derives from the merger of the Milky Way and Andromeda galaxies, uniting universes.

Milkomeda’s sidechain will enable the transfer of projects from one blockchain to another, by creating sidechains with alternative virtual machines, connected to the main L1 chains, that use their cryptocurrency as their base asset, exposing these projects to another group of users and thus increasing the exposure of a project.

Users holding tokens on the connected chain can move these assets to Cardano, and vice versa, simply by wrapping them on the sidechain that links the two blockchains. Once wrapped, these tokens become native assets on the Cardano mainnet and function the same as native assets on Cardano.

In other words, as an example for Cardano, Milkomeda will allow sidechains to be implemented that connect directly to the mainchain and use wADA (wrapped ADA) as the asset to pay transaction fees. As such, a new piece of technology, wrapped smart contracts, will be developed and implemented in the protocol.

Wrapped smart contracts open up the smart contracting capabilities of chains that do not use the Solidity programming language, for example, Cardano, Algorand, Solana, and Terra, to Solidity developers. Thus increasing the group of developers capable of programming in these chains.

Smart contracts only need to be implemented once, which means they don’t need to be recoded into other languages ​​to work on other chains. So there is less code and fewer vulnerabilities for hackers to exploit.

Milkomeda’s first sidechain is called C1, directly connected to Cardano and based on EVM. Milkomeda C1 sidechain is also affectionately known as “Milkodano”.

It appears that it will also be the first Cardano sidechain.

This sidechain will open up the Cardano ecosystem to developers of the most popular smart contract language, Solidity.

The native currency of this sidechain will be MilkADA, with which fees will be paid for using the sidechain.

While allowing for the ability to inter-blockchain and transfer projects from one chain to another, these sidechains are built on top of Cardano and will use wrapped ADA, MilkADA, as their native currency.

Transactions executed on the sidechain will pay MilkADA fees. These sidechains are run by validators, which will initially be made up of a small group of Cardano stakepool operators. Ultimately, the governance of these sidechains will take place through a DAO running on the Cardano mainnet.

The total amount of ADA delegated will remain in that condition in the stakepool, when wrapped to be transferred to the C1 sidechain until the next epoch boundary, which means that the sidechain works in synergy with the Cardano mainnet.

Users interact with smart contracts located on the sidechain without leaving the main Cardano network. The user creates a transaction with their assets, as they normally would, and sends it to the network. These assets are transferred to the sidechain where they interact with the DApp. The results of the transaction are then deposited into the user’s wallet on the Cardano mainnet. All of this happens under the hood, creating a friendly user experience.

Sidechains will be governed by their users on Cardano through the Milkomeda DAO, and to participate, users must use the Cardano blockchain. Users will be incentivized to vote through rewards.

They will be able to vote on a variety of network parameters and, more importantly, on the addition and removal of validators. Aspects managed by the DAO include:

Validators will also be tasked with running the sidechain bridge, which is what enables the transfer of assets and the request of smart contracts by users.

Validators will be paid weekly from the treasury. Their payments will be placed in smart contracts and locked for two weeks.

The developer company is dcSpark, a company that creates products and solutions for cryptographic projects.

The founding partners worked at Emurgo, specifically leading the development of the Yoroi wallet and the Cardano serialization library. They are currently building promising crypto projects:

Product 1: Flint (Multichain) Plutus is around the corner and users will need software to interact with all of the smart contracts available straight from the web browser.

The developers have presented proposals in Catalyst related to the protocol. I have published 3 of them in Ada Pulse, funded in Fund 6: 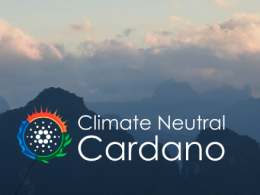 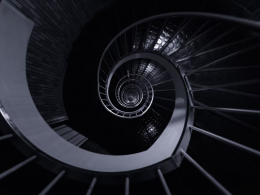 Cardano’s DeFi ecosystem is growing rapidly, and that growth brings increased demand for a variety of products. DeFi…
byLiberLion
One comment 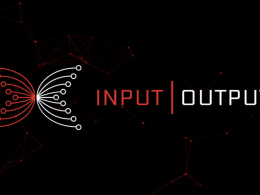