The cryptoeconomics, as a concept of technological evolution applied to the economy, also has its rules, for now minimal in relation to the traditional economy, since few people interact with it (it is estimated that less than 2% of the world’s population has cryptocurrencies).

You can read my introductory article for this topic: The Crypto Industry and the Incoming Regulations.

In this article I will analyze how the assets produced in the crypto industry are defined, and their legal treatment. I will study the two most important jurisdictions in the world, the legislation of the United States and that of the European Union, which are the ones that set the course for most countries.

I will not talk about the tax treatment, which although it differs in the different countries, in general the income tax taxes the difference in price produced between the purchase and the sale.

Although there is no federal legislation in the United States that regulates the crypto industry, some States have local regulations. In June 2015, New York became the first state to regulate exchanges through state agency regulation, and as of 2019, 32 more states have launched their own legislation.

In 2017, crypto assets were given the same financial guarantees as traditional assets. The Federal Trade Commission (FTC) granted the operator of the cryptocurrency trading platform LedgerX, approval to become the first federally regulated digital currency options exchange and clearinghouse.

In the United States, despite having pro-Bitcoin congressmen and senators, cryptocurrencies have always been viewed with a presumption of fraudulent behavior. Instead, in the European Union the focus is on the innovative potential of technology, and has started working on certain recommendations and regulatory frameworks for the crypto phenomenon through the Digital Finance Package.

European countries, with their exceptions, have been more crypto-friendly than the United States. In Zug, Switzerland, is Crypto Valley, a favorable region for cryptocurrency companies to develop their activities. Malta also offers a conducive legislative framework for the establishment of companies that operate in cryptocurrencies.

In Asian countries, in general, they are stricter and more restrictive with the regulations on this industry, limiting, or in some cases prohibiting, the use of cryptocurrencies as a means of exchange.

In Laws, Definition Is Everything.

If an action, a good or a service changes its definition, its understanding changes, and it receives another legal treatment.

The legal tender in each country is not taxed, that is, no taxes are charged for using the money. On the other hand, if you sell a commodity that you store, such as gold, or sell a good or service that you produce, in most countries, you must pay tax on the income obtained.

The token can be fungible (FT), or no fungible (NFT). The FT is a cryptocurrency, like ADA, ETH or BTC, the one that is issued on a blockchain, its units are equal to each other and have the same representative value. The NFT is that unique token that cannot be replicated, that can have different commercial value, and that has an owner.

The definition of FTs or NFTs has a different legal treatment in each jurisdiction.

CoinMarketCap has more than 22,000 cryptocurrencies or FTs listed at the time of writing this article.

If FT is defined as legal tender, which can be used as a means of payment for goods and services, it implies that its use will not be covered by taxes. This is the case with Bitcoin in El Salvador, since it was voted in its legislative Assembly the June 8, 2021, being accepted as legal tender next to the American dollar, which was already. Recently, the Central African Republic also adopted Bitcoin at the end of April 2022 as legal tender alongside the CFA franc.

The definition of cryptoasset is a broader usual way, but it has a legal treatment, which includes cryptocommodities, security tokens and utility tokens.

Are Cryptoassets Securities, Utilities or Commodities?

I cited agencies of the United States, because its influence crosses borders, and that is why the repercussions of its decisions are global and set trends in world legislation.

In general, the laws for securities are stricter.

In 2017, many regulators began to consider the idea of a utility token, and to distinguish it from a security token:

In many countries, a basic framework is used to define whether something is a security, called the Howey test, which refers to a court case, SEC vs. W.J. Howey Co., and in which basic precepts that securities must comply with were established: they must be an investment of money in a common company, with the expectation of obtaining a benefit, and that is derived from the efforts of others. It is something like: “I give you money in exchange for a percentage of the potential profit, which the company will generate with its own effort.”

If a working cryptoasset such as a cryptocurrency or utility token is evaluated, it would generally be classified as a commodity. The problem lies, in many cases, in the way some blockchain projects are created.

Most regulators share criteria in classifying as a security token a cryptoasset that is born through an Initial Coin Offering (ICO), or that is born in an event that offers a token in exchange for money in advance, before there is a product that works, and in which the investor expects to earn a return.

If the coin is coinable, that is, it is produced over time, it has a different economy than it would if people bought it in an ICO because, in this case, the miners or producers of the coin, receive the token. For his job. This criteria was used by the SEC when it announced that both Bitcoin and Ether are not securities, because they are less risky than coins that have been pre-mined, from which future returns are expected. If it’s not up and running, then you’re at more risk.

Also, if there was a public sale, then it is riskier than a private sale, and if that public sale did not do KYC (Know Your Customer) / AML (Anti Money Laundering) it further increases the risk, authorities understand.

It is also considered that, if the project is decentralized, it will be much less risky, because it can be argued that it is not a common company, a notion included as an argument by the SEC. If a coin is pre-mined and centralized, it is the type of coin with the highest risk, and thus there is a greater chance that it will be classified as a security. This understanding is generally supported by members of the SEC, and can be read in the article ‘Running on Empty: A Proposal to Fill the Gap Between Regulation and Decentralization’ de Commissioner Hester M. Peirce, Chicago, IL, Feb. 6, 2020.

The European Commission in September 2020 presented the Digital Finance Package, which includes a proposal to regulate the crypto-assets market that will be applicable throughout the European Union (EU), known as the MiCA (Market in Crypto Assets) proposal: Proposal for a REGULATION OF THE EUROPEAN PARLIAMENT AND OF THE COUNCIL on Markets in Crypto-assets, and amending Directive (EU) 2019/1937

As of this writing, the EU has not voted on the proposal: EU Delays Vote on MiCA Crypto Legislation Until February.

It will force stablecoin issuers to maintain a minimum of liquidity to cope with large sudden withdrawals by users, and reserves will also have to be protected against insolvency.

It leaves NFTs and DeFI products out of its scope.

The document defines virtual currencies as cryptoasset: “a digital representation of value or rights that can be transferred and be stored electronically, using decentralized ledger technology or similar technology”.

Likewise, the European Securities and Markets Authority (ESMA) has defined a cryptoasset as “a type of private asset that relies primarily on cryptography and DLT or similar technology as part of its perceived or inherent value”.

ESMA defines tokens as “any digital representation of an interest, which may be of value, a right to receive a benefit or to perform specific functions or may not have a specific purpose or use”.

The security tokens are issued for the purpose of raising capital (through an ICO), and have similarities to traditional debt and equity instruments. Example: BNK from Banker, which entitles its holder to a weekly commission paid in the cryptocurrency Ethereum.

It is clear that both the United States and the European Union have similar criteria for the definition of cryptocurrencies, although the impact is not necessarily the same, but it is very similar. The rest of the world will go, more or less, along the same path.

I also believe that the main concern of the regulators is to have control over the crypto industry, to prevent money laundering, financing of terrorism, bubbles and implosions in the financial markets, and of course, to be able to collect taxes to finance to the states.

Regulations are dynamic over time, they undergo changes, and for this new industry, the legal framework was born at the end of the last decade, and is taking shape in the current one.

Let’s just hope that the laws promote order, are effective in combating fraud, and allow the development of the cryptoeconomics, which will be disruptive and beneficial to humanity, if it can deliver on its promises.

You can see the participation of Charles Hoskinson, CEO of IOHK, co-founder of Cardano, in the Congress in June 2022, about his presentation regarding regulations for the crypto industry. 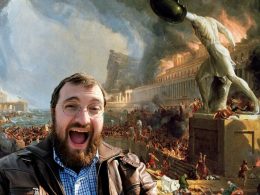 How Crypto Could Save You in an Economic Collapse

Crypto is able to rewrite the rules of economic collapses and change the game. This is what will happen with crypto and society in the upcoming recession.
byFlantoshi
No comments 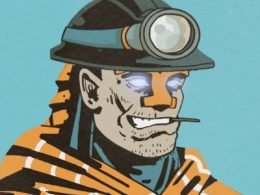 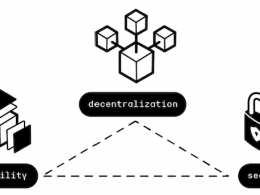