If you believe in Blockchain technology’s future then you must support decentralization. There’s no other way around it…

Is he really gonna talk about decentralization and single stakepools again? Ughhhhh!

It can get repetitive, and the discourse often gets overly judgy and preachy. But not to talk about decentralization in crypto is like a car manufacturer not talking about car engines.

Don’t let anyone fool you otherwise, to talk about crypto is to talk about decentralization. There’s no other way to put it. The ability of a system to adapt and organize without a single authority is one of the central tenets in the crypto space, and thus it’s worth always keeping in mind as something important.

In this article, we will be exploring what exactly the role of stakepools is to decentralization, and why delegation choice is important both from a system and long term investment perspective.

A Brief Overview of Stakepools

Cardano is a decentralized computational network, where individuals can choose to become stakepool operators (SPO) and thereby help the system process transaction blocks.

In exchange for processing transactions, they receive a reward which is paid out from treasury funds and accumulated fees on the network. At the time of writing, there are 3,220 active stakepools.

This diversity of different stakepool operators, in theory, means that it’s very difficult, if not practically impossible, to control the network. As each of the unique characteristics of the SPO (their hardware setup, physical location, financial situation and the people managing them) change what attack vectors are necessary to compromise them.

The issue though is that processing blocks is not a purely random operation, it’s a probabilistic function. In other words, there’s a formula that determines how often a given stakepool gets assigned a block to process.

One of the key elements under consideration in this formula is the amount of ADA that is tied to any given pool. This comes in two forms:

Not to get too technical, as there are horrible looking formulas underpinning all this, but at its core what Cardano wants to do is to assign blocks to entities proportional to how much “skin in the game” they have, and what their standing in the community is.

It’s a representational democracy where each ADA delegated affects how the network is managed.

In other words, you as a delegator of the Cardano network are able to shape who can process transactions, as well as indirectly adopt or reject protocol changes. Each ADA that you give to someone counts as a vote for their power to influence the network.

So, it’s not a trivial decision that you’re making when you go to someone’s pool. You’re giving these entities the ability to change the rules, and if you’re not careful they might change them against you!

If you believe in Cardano as a long term investment, bear this in mind. Every time you delegate, you’re essentially sending the network a signal of how you want the system to look like and operate. Don’t just delegate to someone because he occasionally makes funny Youtube videos, or because they make staking easier, the questions you should ask yourself are:

Do these people inspire me with confidence? Would I trust them with my money? Would they be willing to throw me under the bus if it was profitable for them?

It also bears saying that giving a person some power is not the same as giving them ALL of the power. For example, if I had “FUCK YOU!” levels of money, I’d be way less inclined to be awake during business hours or to get out of bed. Having to remain accountable to outside forces puts me in a situation where I have to engage in more prosocial behaviour.

The same applies to entities in charge of the stakepools in Cardano. If history is any guide, we should be careful about giving any specific entity too much power. There’s a reason why stakepools have a point at which they saturate rather than being infinitely scalable – it’s not an invitation to open more stakepools, but a mild warning that the operators have had their fill already and it’s best for delegators to go elsewhere.

We must decentralize the sources of power within the network, and thereby strengthen the system. Otherwise, we will lose what makes crypto special.

Underneath the meme coins, rugs, scams and genuinely useful financial innovation of cryptocurrency, there is blockchain. A blockchain, from a technical standpoint, is a “Distributed Ledger Technology” – a fancy way of saying an Excel spreadsheet without a central administrator.

Ledgers aren’t exactly a new technology, the argument can even be made that written language evolved from the human need to log information on lists. Thousands of years later came spreadsheets and shortly after digital spreadsheets.

For better or for worse, we’ve more or less mastered the centralized spreadsheet, barring the ability to hand over everything to an AI. The tools available to us are cheap, easily accessible, and so powerful that a single modern accountant can do the work of a whole office in past epochs.

The key issue though is what happens when we need different parties to be able to verifiably log data on a spreadsheet while being unable to alter what other parties have contributed to the document. This is very difficult to do if you’re sending the document around via email, and there’s always the risk someone might alter it so it becomes a bad game of Chinese Whispers.

Blockchain tech allows you to input this information at the same time. Every movement is logged and verified by all existing parties. It’s basically a massive Excel spreadsheet running on thousands of different computers at the same moment.

No person has full control over it, and thus if there’s an accident with some servers running it, the rest of the network can continue operating without an issue. If there are enough computers running a specific blockchain, and they’re spread out over a large enough area while having different setups not reliant on common infrastructure, then it becomes virtually impossible to destroy.

If you believe in Blockchain technology’s future then you must support decentralization. Otherwise, you’re investing in an Excel spreadsheet that is slow, expensive to use and maintain, and not fit for purpose.

Companies and governments already have access to centralized data management providers that don’t have the emotional baggage and inefficiencies of pretending to be decentralized cryptocurrencies. The cloud computing market in 2021 alone was worth $368.97 billion with no signs of stopping its growth trajectory.

It’s virtually impossible to lure governments or companies in with the promise of faster transactions or lower operating costs, as by its nature blockchain is inefficient (instead of running a single server you run 1,000 at a time). So centralized VC-owned tokens are playing a losing game. The only reason that major corporations would touch centralized blockchains is if their owners are the same, and thus they’re forced to use them despite what makes financial and operational sense.

On occasion, I’ve talked with people who do market research for a living, which means that they get to interview decision-makers for big corporations and the government on a daily basis and then write reports summarizing their findings. One theme that often comes about in their conversations is that decision-makers feel forced to take subpar choices, and they sometimes hate their service providers but are unable to change them, though they’ll take every opportunity to badmouth them.

The broader point is that even if there were to be minor institutional adoption of certain centralized chains, it’s proof of nothing but nepotism.

If large institutions are interested in blockchain technology despite the considerable efficiency setbacks inherent in the system, then it must offer something so unique and desirable that it outweighs the drawbacks. There are mainly two things that a centralized Excel Spreadsheet cannot hope to match:

Mass adoption of blockchain technology requires these two aspects, and if any chain doesn’t have them, it will eventually be outcompeted by the ones that do.

Cardano is ultimately what we make of it. It can become a data management service that underpins the transfer of value in all its forms for all people on the planet, or it can become a glorified digital casino controlled by a handful of people.

The choice is primarily there to be made by the delegators who in essence vote for the type of network that they want with their delegation. On the one hand, there are the centralized powers that come in the form of billion-dollar entities and popular influencers with many pools, or of the small scale entrepreneurs with a single pool.

The first option is designed to be sexy and easy, the second one benefits you long term as it helps strengthen the network that you rely on for your investments. The choice is yours to make!

If you’re in the crypto or in the traditional finance industry looking for someone to ghostwrite content for you or consult regarding your content strategy, please do not hesitate to message me. I’m a full-time content producer. 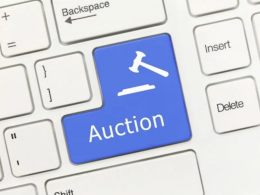 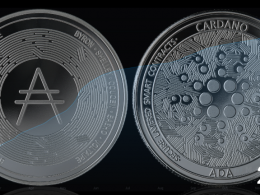 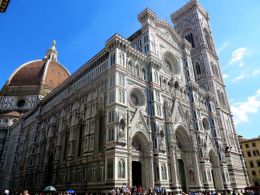 Cardano is not just another blockchain project, it’s comparable to a cathedral -it's intergenerational and at a scale that one can scarcely imagine.
byFlantoshi
No comments 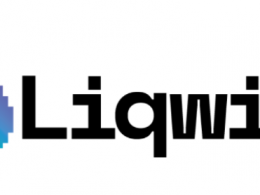 Liqwid is an open source, algorithmic and non-custodial interest rate protocol built for lenders, borrowers and developers on…
byLiberLion
One comment