This marketplace provides an all-in-one solution for the decentralized trading of user-made tokens. The creators of this project realized that users can create tokens but they find it hard to sell these tokens and can only participate in peer-to-peer trading. Since the crypto space is fast-paced when it comes to coming up with advancements, we are already past the phase of creating tokens and the focus is now on making the most out of them.

This Cardano-based Marketplace serves as a stepping stone to the next phase of ensuring users profit from the tokens they make. Through the platform, users can sell any verifiable token on the Cardano blockchain. The invention makes use of smart contracts written in Plutus to make it more secure for users while ensuring the whole process is seamless.

This project will also aid budding NFT users get a glimpse of the market and have a reference point to learn about maximizing their returns. For beginning NFT users, they get to experience a low-floor-high-ceiling NFT market which eases them into the scene and helps them understand how their digital assets can be monetized. The platform also caters for advanced users as it gives them greater flexibility and customization as they can easily make the most out of their digital arts.

The Team behind the Platform

The project is led by an experienced dApp developer named Quinn who has been on the scene for some time now, amassing knowledge and advancing their skills on crypto and familiarizing themselves with the advancements that have presented themselves over the years. Quinn started off as a theoretical astrophysicist but later saw the potential the crypto scene had and transitioned careers.

Quinn is well-versed with dApp development on the Cardano blockchain, with notable works at Logical Mechanism, a platform that owns and operates the LOGIC pools. With a proven track record of previous developments on the protocol, the developer has shown the capacity to handle the project of such magnitude. More specifically, their competency is especially seen in how they chose to model Smart Contracts in Marlowe and Plutus, which might require a bit of development to get them up and running, but at the end they provide users with the best privacy and security features.

By making the users’ preferences the priority, the developer is focused on making client experience seamless, and ensuring they reap the best rewards the crypto market has to offer.

The project is in its most crucial phase of rectifying the underlying issues to ensure the end product serves the purpose users expect from it. With this in mind, the project will need to hire a react developer, working 40 work hours a week, for one month. All this is geared at fine tuning the platform to meet the needs of the users in the most seamless manner.

A Cardano-based Marketplace will rid the entire system of any gatekeeping that keeps users from making substantial returns from their creative digital assets. This marketplace gives users a chance to register their tokens and they can start trading them immediately. With such a system in place, the Cardano ecosystem will open a new pathway to help both beginners and pros showcase and sell their tokenized assets on the internet. By ridding the space of any controlling party, decentralized trading of digital assets occurs and the marketplace opens up the crypto space to anything tokenizable rather than just being a simple token swap.

If you’d like to review this proposal, it can be found at https://cardano.ideascale.com/a/dtd/Cardano-based-Marketplace/340007-48088 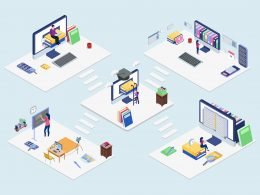 Snapbrillia is an exciting initiative that aims to accelerate the world’s transition to a diverse, equitable, and inclusive…
byEdwin Kinoti
One comment 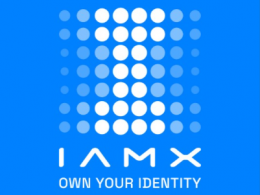 A token is not enough. Several other elements must come together for a cryptocurrency project to be successful. …
byLuke M
No comments