In the cryptocurrency and Blockchain spaces, launchpads, which are also referred to as incubators are platforms that help projects to raise capital by providing access to early-stage token sales. Launchpads benefit all involved parties as the developers/founders get access to capital while the investors get a chance to reap good profits once the project goes live and the value of the token increases significantly.

The Cardano Launchpad ecosystem is made up of several launchpads developed to serve various areas and needs within the Cardano Blockchain. The ecosystem which is mainly driven by the need for growth and various innovations within the chain registered impressive growth within the last year. This could be attributed to the general rate of cryptocurrency and blockchain adoption across the board in 2021.

The impressive growth could also be attributed to the peer review and development model across the Cardano chain making it attractive to developers who intend to build various decentralized applications (dApps). Additionally, unlike Ethereum, which is currently leading the pack in the number of dApps on-chain, Cardano presents a scalable, interoperable, cheaper, and faster alternative for blockchain developers.

The Cardano Blockchain, being centered on scalability and interoperability creates a massive need and opportunity for investors, developers, and other key layers to build on the chain. The Cardano launchpad ecosystem is therefore set to see more growth as more and more developers start building on Cardano.

OccamRazer is a decentralized finance layer and is a component of the larger Occam Association and Occam.fi team, an all-in-one Defi ecosystem built by several experts specifically to provide funding solutions for the Cardano Blockchain. OccamRazer is therefore a designated launchpad for incubating various startups and projects on Cardano by providing venture capital.

OccamRazer provides capital to various projects by utilizing on-chain liquidity on Cardano. The launchpad is driven by the OCC token, which allows holders to access various liquidity pools while also facilitating for growth of the ecosystem. To guarantee growth, OCC tokens generate various rewards such as token airdrops, rebates for IDO participation, and liquidity mining. This ensures that the ecosystem is sustainable and functional in the long run.

The launchpad is unique in that it utilizes a tiered model to place various IDO participants across random waves during the launch of a new project to ensure fairness and efficiency during the fundraising and reward processes.

Cardence is a cross-chain incubator and launchpad, which is relatively popular on the Cardano chain, however, the launchpad also serves other chains such as Ethereum and Solana. Cardence prides itself in providing investors with early access to the most innovative, promising, and vetted blockchain projects.

Cardence stands out because of its highly innovative features which are not available in other launchpad projects. A good example would be that it facilitates a rather successful trustless affiliate marketing technique. This has largely contributed to its success as the higher the number of investors on the platform, the more the liquidity for Cardence projects, especially on Cardano.

Additionally, the launchpad places power in the hands of the community while making investment decisions such as what project to add to their IDO list. They allow the community to vote on which project they deem worthwhile, hence making Cardence more attractive to investors and developers alike. Other notable features are that it facilitates for release of IDO tokens on a vesting basis and uniquely allows for whitelisting of wallets, a feature that is very useful for private fundraising rounds.

Kick.io is a launchpad and project incubator designed specifically for Cardano. The project prides itself on providing capital in a transparent, efficient, and fully decentralized manner. To make the launchpad more attractive and accommodating, Kick.io offers complete support for Cardano native tokens and provides a suite of tools to facilitate the success of projects launched on Kick.io.

Notably, Kick.io accommodates both bigger and smaller investors, unlike most launchpads which only accommodate bulk investors. This alone has led to the significant growth and adoption of the launchpad. The launchpad is driven by $KICK tokens, which can be used to endorse upcoming projects and staking for rewards.

To support an upcoming project on the platform, you need to endorse the project using your kick tokens. This action then generates rewards in form of ADA tokens which are then sent directly to your wallet. The endorsement model works within different ranks and times of entry. The higher your rank and earlier the time of entry, the better your percentage reward.

The Cardano Launchpad ecosystem has demonstrated consistent growth, driven by the various platforms in the network. Given that Cardano is still a relatively young chain (as demonstrated by the number of projects) the need for more launchpads on the chain exists, especially if the current cryptocurrency and blockchain adoption rate continues.

However, projects that launch on various launchpads if not well-vetted could hinder the growth of the ecosystem. Recently, CardaStarter – a launchpad on the Cardano launchpad ecosystem, left its investors in tears after a conflict between the launchpad and SundaeSwap. The conflict caused the value of the launchpads native token to depreciate from $9 to $3.

The growth and maturity of the Cardano chain will be directly influenced by the launchpad ecosystem, making it a critical area for developers, investors, and other key players on Cardano. 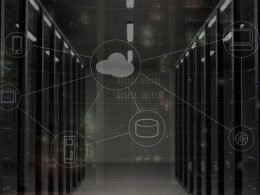 An Allegory of a Permissionless Oracle Network on Cardano: SaaS3 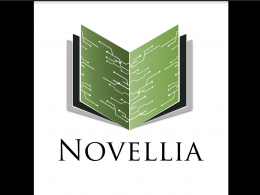 Novellia is a community-driven platform that simplifies blockchain integration for developers and users through streamlined user interfaces. The…
byDickson Mwendia
No comments